NetSuite is looking to set up two data centres in Asia in 2017 to serve regional customers of its cloud-based business software, after opening similar centres in Europe last year.

The new data centres are expected to be in Singapore, though the company is also evaluating if Hong Kong is suitable, said chief executive officer Zach Nelson.

Their scale would be on par with what was rolled out in Ireland and the Netherlands in 2015, he told Asian reporters today on the sidelines of the company’s annual SuiteWorld show in San Jose.

This expansion into Asia will cost between US$2 million to US$3 million for the equipment and manpower involved, with one of the sites acting as a failover or backup, he added.

However, he expected technical challenges to be overcome, like with the European sites, because NetSuite was originally built for a single data centre. The Asian data centres “won’t be small by any definition”, he added.

NetSuite, which provides enterprise resource planning (ERP) software over the cloud to 30,000 customers globally, currently runs its services from data centres in the United States as well as Europe.

In Asia, the company does not expect an impending slowdown in China’s economy to hurt its business. Rather, it is looking to the disruption to possibly fuel growth for its software.

When people change ERP systems, usually it’s when they are growing as a business or when they are shrinking and have to find a more cost-effective option, said Nelson.

Among the big-name customers it brought on stage at this year’s show was Alphabet, the parent company of Google and a number of other smaller subsidiaries that work on new technologies such as driverless vehicles and smart home gear.

NetSuite is not used by Google for now, but other Alphabet subsidiaries are seeking the scale and speed offered by the cloud-based ERP system to grow fast since they signed up six months ago, revealed Nelson.

“The breadth of the company (Alphabet) is testament to the breadth of our solutions,” he added, noting that NetSuite could be used in a large variety of businesses, from fashion retailers to network equipment makers.

One of the biggest challenges that the company faces is tailoring its software to fit different industries.

For apparel retailers, for example, it has an entire suite of tools from e-mail marketing to website creation that help create a better customer experience. All make use of live data in the system, such as inventory levels.

In NetSuite’s bid to go vertical, Nelson said it has been hiring domain experts from each industry to fill its sales teams because they speak the same language as customers.

Customers want to hear how NetSuite has been used by others in the same industry, rather than be given a generic example from another sector, he noted. 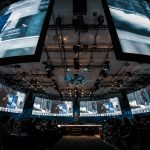 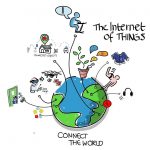 More connected, converged with the Internet of Things
Leave a comment