Blockchain technology has been so overhyped of late, thanks to the bubble surrounding cryptocurrencies such as Bitcoin this year, that it is impossible to visit a startup show or this week’s Fintech Festival in Singapore without hearing it repeatedly.

To be sure, the open, distributed ledger technology has great potential. From keeping track of the transactions in a crytocurrency to potentially keeping track of the accounts that banks now spend enormous amounts of money and time to handle, it can provide a more efficient and trusted alternative in future.

Yet, it is not the answer to every problem that is facing the financial industry. Indeed, it can sometimes be a solution looking for a problem, if you ask experts who have been in the sector.

Right now, many blockchain projects in the industry have been just that – projects that show a proof of concept, said David Pinski, the chief strategist for financial innovation at Hitachi’s Global Center for Social Innovation.

It may take just two to six months to set up a trial, he noted, but running a production system on blockchain still requires the development of many add-on tools to plug into existing systems, which could take up to two years.

One big factor, he pointed out, is that many existing systems work very reliably – up to Six Sigma standards – and banks would need to find a compelling case to put their faith in a nascent, still-immature technology.

Another issue has to do with regulations. When a bank has to ensure that its books are accurate and reliability has to be top priority, there is little space for experimenting with something new.

Some hurdles that are in the way of blockchain adoption are not technical in nature, said Pinski. Instead, they are the legal and regulatory requirements that the financial sector have to meet to ensure the same level of reliability with the new technology, he added.

Just last month, Mastercard started offering the option of transferring money over blockchain, though it is doing so with traditional currency instead of a cryptocurrency. The reason: regulatory and legal challenges.

Sometimes, one of blockchain’s main benefits may also work against it. The nature of the technology means that a transaction made in the ledger cannot be erased.

So, a user who has the misfortune of having his account hacked by a criminal would not be able to erase or roll back a transaction used to launder money, for example. It will stay on his record forever.

While he could restore the account status to the right amount later, the fact that the transaction took place cannot be hidden or deleted. Would this affect his credit rating or raise a red flag should investigators look up a money trail while looking into criminal activity online?

One way forward is for financial institutions to tap on blockchain’s formidable strengths, without seeking to replace systems that it is not ready for today, such as core banking systems, said Pinski.

For example, a blockchain could keep track of any illegal movement of money from an account, so as to safeguard the accounts of bank customers, he added. This would work in parallel to traditional bank ledgers that may not have all these details but would perform faster and still have the amount correct at the end of the day.

Essentially, one would be responsible for the audit trail and the other, the simpler task of showing the balance.

“The core system can tell you what’s your current balance and the blockchain can tell you how you got there,” said Pinski.

Psychologically, financial institutions have jumped in too quickly, he noted. “After the initial euphoria, they are now in the ‘trough of disillusionment’, as analysts put it.”

He added: “They are trying to settle in with the technology now, find value for the business. It’s just not going to be flipping on the switch for a new technology tomorrow.”

Despite the hurdles, he is confident that blockchain will be more widely accepted in a couple of years’ time.

To get there, the technology has to move from a test system to a real-world production system where new problems will have to be ironed out, he noted. “Start small and get used to it.” 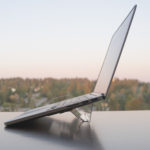 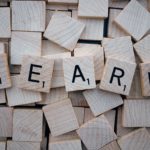