The hype surrounding Internet or smart TVs these days begs the question: why would you want to check your Facebook on your TV with an awkward remote control rather than your touch-screen phone?

Never mind if you can’t pronounce its name. This petite gizmo not only streams all sorts of video formats from your PC to your TV, but it also acts as a conduit for “smart” e-services that your neighbour’s spanking new TV offers.

Want to catch up on your holiday pictures on Flickr or Picasa? The Asus gizmo connects your TV to the Net to view the images. Want to watch some blurry online videos? Log on to YouTube as well as Mediafly.

There’s also support for Dailymotion videos as well as Facebook, after Asus releases a software update for the device in October 2011, so you more or less get some of the most popular “apps” coming on a smart TV these days.

As a streaming device, the Asus O!Play Mini supports the usual array of formats and extensions, including MKV and even the less common RMVB, so at the least, you can use it to deliver all the movies you’ve downloaded (or encoded) to your TV.

To hook up to your home network, there’s a useful Gigabit Ethernet port along with Wireless N connectivity, the latter of which will come in handy if you have a Wi-Fi router nearby.

We’ll have price and availability for the Asus O!Play Mini Plus for Singapore shortly. Meanwhile, here’s a breakdown of what video formats it supports.

By Alfred Siew
Follow:
Alfred is a writer, speaker and media instructor who has covered the telecom, media and technology scene for more than 20 years. Previously the technology correspondent for The Straits Times, he now edits the Techgoondu.com blog and runs his own technology and media consultancy.
Previous Article First look: Gears of War 3
Next Article 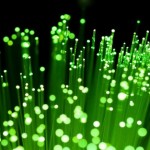