I’d bet the most common question that any Samsung Galaxy Tab 10.1 owner would have gotten is,“How does it compare with the iPad 2?”.

If you only have half a minute, my quick answer is it’s better than the iPad2 ONLY if you’re a power user, but you’ll be better off with an iPad 2 if simplicity is what you’re looking for.

And if you have a little more time, here’s why.

The Android 3.1 operating system plus Samsung’s customised user interface on the Galaxy Tab 10.1 is the most polished of all Android tabs that I have seen. But like all Android tabs, there is a myriad of options that are customisable. Excellent for the power user who wants to set everything from the intensity of the vibration to the huge variety of virtual keyboard inputs, but this translates to too many options for the user looking for simplicity.

Another common complaint about Android tablets is that they are laggy. Well, they ARE laggy if you put a whole ton of widgets on the “desktop” – imagine your tablet having to update your news, email, Facebook feed, weather, stock quotes etc at the same time.

The iOS on the iPad 2 is smarter in that it doesn’t let you muck around with adding tons of widgets – so you’ll have to switch from one app to another other, but in return, each app can use the full computing power of the tablet and hence when you turn it on, that one single app that appears on your screen works quickly. But on the Galaxy Tab, here’s the solution – don’t clutter the Tab’s desktop with tons of widgets! Keep it nice and clean like this and you’ll find it much nippier. 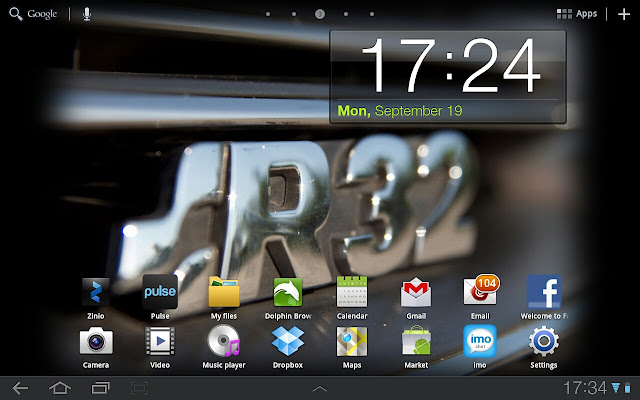 The Galaxy Tab also isn’t right up there with in terms of sheer computing power. Take a look at the benchmarks from AnTuTu. It even lags behind the Galaxy S II smartphone! 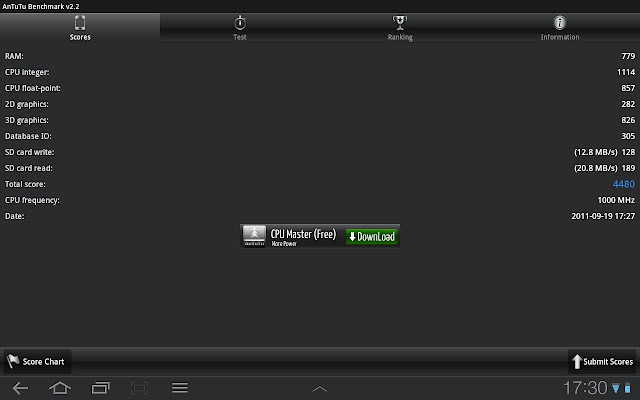 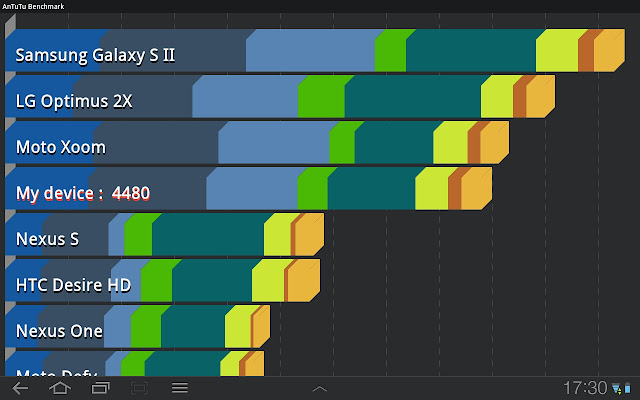 But that’s all a little academic as I haven’t encountered an instance where the tablet choked on any particular processing task.

It does have some lovely built-in apps out of the box, such as its YouTube app and Pulse, a news feed aggregator. And through its email client, it does sync with your work Microsoft Exchange server (even an old Exchange server like my workplace’s Exchange 2003). 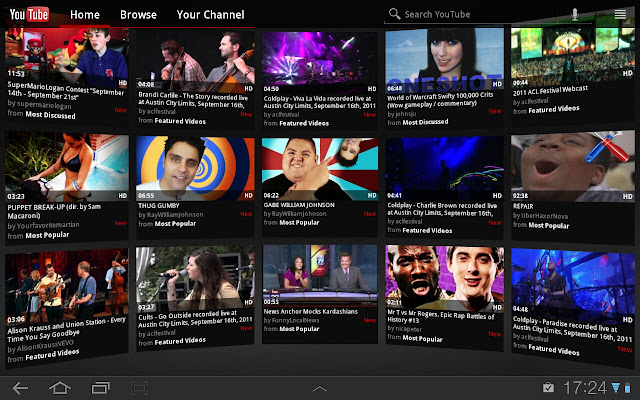 But to get the extra mile out of your tablet, here are some of the apps that you might want to load right out of the box:

Dolphin HD browser – wondering how to go to the top of the page while browsing? You can’t simply tap at the top of the screen like in the iPhone/iPad’s Safari. But the Dolphin browser lets you draw an ‘up arrow’ gesture to get there. And that’s just one of the way it beats the stock browser. Oh, and should already know that Adobe Flash Player works on both the stock browser and Dolphin HD.

MoboPlayer – can’t view your usual video files in the stock media player? Try it in MoboPlayer. It should fix it. Full stop.

IMO chat – instant messenger client that connects to almost any IM ecosystem that you can think of. Including Skype and Facebook.

And if you own a Synology NAS like I do, there are a few Synology apps that you’d want to load on your tablet to help you control your NAS – stuff like DS audio, DS finger, DS file and Synodroid.

So am I happy with my Samsung Galaxy Tab 10.1? Well, yes! And here’s a couple of reasons why.

All I had to do to transfer files between my computer and the tablet was to plug it into the USB port – no drivers, no software, no iTunes to install. I like.

Over here in Hong Kong, I can use Google Voice input in Cantonese to try to search for places where I only know how it sounds (but have no idea how it’s written) on Google Maps.

That said, I do have my iPhone to keep up with all the happenings in the iOS world.

By limbeer
A former business and technology hack at The Business Times who's now based in Hong Kong and loves to come back for more good beers with fellow goondus.
Previous Article Better roaming rates as StarHub and Conexus ink deal with Vodafone?
Next Article Jabra’s ruggedised Bluetooth sport earphones look the part
9 Comments