The knives are out.

Since Steve Job’s untimely death, Samsung has been ramping up the assault on Apple, having launched a series of funny ads attacking the iPhone 4S.

Take a look at this ad which was just released a few days ago:

And of course, here was the original ad that mocked the throngs of people who queued up to buy the latest iteration of the iPhone 4S.

Of course, the battle isn’t just being fought in the realm of marketing and PR.

A global war is being fought on the patent lawsuit end between the two giants, and Apple just suffered a setback when it failed to get Australia courts to prevent the sale of the 10-inch Galaxy Tab just this week.

Of course, Apple is well-known for using patents to go after the competition, in this case Android and the phonemakers who support the platform, like Samsung and HTC. Apple has purportedly even dipped into the shadier side of the law through patent trolling in its all-out war.

Steve Jobs himself famously vowed to “go thermonuclear” on Android in the recent official biography by Walter Isaacson.

This book, by the way, even though it is only about two months old, has already become Amazon’s top grossing book of 2011. A testament to the man’s legacy that even the big Apple detractors here at Techgoondu have to admit.

With the mobile wars between Apple and Samsung and HTC heating up, and not forgetting dark horse Nokia (with Windows), 2012 will surely be an interesting year. Fight! 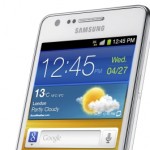 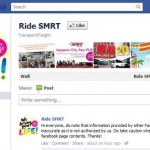