According to YouTube, here are the most-watched community videos of 2011 by Singaporeans:

It’s an eclectic mix. The only two really Singaporean videos are the Yam Ah Mee Election remix and the plastic bottle heartbreak video. I would have expected more content from Singaporeans, but these are the stats from YouTube.

As for the rest of the content they are mainly sourced from the US. Yes, Ryan Higa (nigahiga) is a big YouTube personality, but seriously three videos (Nice Guys, Daily Life of Rustin Hieber and the iNavigator) in the top 10 for most watched community video in Singapore for 2011? Interesting what Singaporeans are watching.

Wong Fu productions — a talented bunch of Asian-American aspiring film producers — came up on the list with Strangers, again. Of all their shorts, I liked their older short When Five Fell the best though.

And last, but not least, if you have never heard of Nyan Cat, let me be the first to foist this distardly Internet meme on you. This video has attracted 55 million views based on the picture of a cute animated cat spliced with a pop-tart and a Japanese soundtrack. Don’t ask.

I now can’t get this annoying song out of my head, so here it is in all it’s glory. 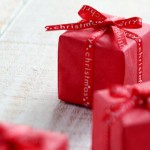