eBay has partnered with SingPost and the United States Postal Service (USPS) to offer a new shipping service for eBay Singapore sellers.

Dubbed ePAC, the service lets sellers track the delivery of lightweight goods sold to American customers within six to eight working days. This service is part of eBay and SingPost’s ongoing efforts to boost trade from Singapore to the United States.

From today, eBay Singapore sellers can start using ePAC on a fully integrated platform, allowing them take orders, print labels and track the status of shipments. U.S.-based customers can also track the status of their purchased goods through their eBay account.

“We foresee ePAC playing a vital role in driving Singapore’s online exports to the United States as demonstrated by a similar shipping service launched with China Post and the U.S. Postal Service in September 2010, which is already processing more than 90,000 parcels a day,” he added.

The e-commerce giant has also been offering a similar service for sellers in Thailand and Hong Kong through partnerships with local postal services.

eBay’s export business is largely led by exporters in China and Hong Kong, according to the company’s Asian Exporter Index published last August. 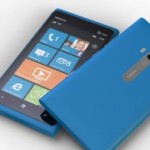