The explosive growth of mobile phone technologies is sharply tapering off and the PC market continues to try and find its footing. In the midst of this challenging landscape, many tech companies are placing their bets on an emerging product category – wearables.

According to research firm Gartner, nine out of the top 10 smartphone vendors have entered the wearables market to date or are about to ship a first product, and IDC expect shipments of wearable tech to surpass 100 million by 2018. At the moment, these mainly come in the form of a smartwatch, or a fitness tracking device.

With the impending launch of the Apple Watch, wearable tech proponents are now on the edge of their seats, waiting for the Cupertino giant to create its usual halo effect for the entire industry, much like how its first iPad kicked off the tablet revolution close to five years ago.

Yet, despite largely positive impressions, most reviewers still admit that no one really knows what smartwatches are for. It’s clear that wearables need a killer app in order to find mass market success, and no one has found it yet.

A killer app is broadly defined as software so necessary or desirable that consumers will buy new hardware just to run that software. E-mail was seen as the killer app that drove consumers to PCs when it first started to come to market, the Web browser helped the World Wide Web take off, and more recently, mobile messaging propelled the mobile phone from its SMS days to ubiquity.

For wearable gadgets to take off, consumers, too, must be able to do something that they can’t already do on the plethora of devices they already own – be it smartphones, tablets, laptops, desktop PCs, or even a traditional watch.

As you can imagine, this isn’t an easy hill to climb. None of the wearable devices that users will come across so far have promised to solve a problem that their existing devices can’t. Between a smartphone and a laptop-tablet hybrid, what can’t be done?

The big eureka at the moment is supposedly health and fitness. The ability to track the number of steps you take and hours you sleep has become a mainstay, a low-hanging fruit that virtually all consumer wearable tech product has incorporated in some form. Over the past year, heart-rate tracking became the additional must-have feature.

However, despite its potential, fitness alone isn’t enough to propel wearables into the smartphone and tablet big leagues, not least because consumers who identify with the fitness lifestyle make up a mere fraction of the market.

Average Janes and Joes who do decide to give fitness trackers a go quickly realise that the “activity” part of “activity tracking” is in fact a prerequisite for the device to function as intended, not an afterthought. After all, becoming fitter and healthier isn’t just a simple matter of slapping on a wrist-worn gadget.

For the past three months, I’ve been fastening a Fitbit Charge on my wrist, and I still fail to find it indispensable. On the days I forget to put the Charge on, I don’t feel particularly at a loss and can still visit the gym for a workout. Compare that to the (very rare) occasion I leave my smartphone at home – I’d feel as if a piece of my flesh was carved out.

Don’t just take my word for it. A study [PDF link] by research firm Endeavour Partners last year found that more than half of respondents who own a modern activity tracker say they no longer use it, and a third actually stopped using their device within six months of receiving it.

If you really must track your steps and sleep, did you know that your smartphone may probably contain that feature? It can even do a better job than these fancy wearables!

In fact, the smartphone is so central to our mobile digital lifestyle today that unless wearable tech makers can somehow create a device that matches or surpasses the utility of our well-loved iPhones and Androids, they may never match up to their hype.

Of course, this isn’t a very fair fight – the mobile phone has had more than 40 years to get to where it is today.

As the search for wearable tech’s killer app continues, I’m confident we’ll eventually see a use case compelling enough to reach the hearts and the wallets of the average consumer.

But for now, I’ll probably take a rain check. 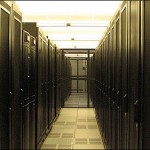 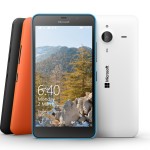