When The Straits Times reported last Friday that Singapore football fans were planning to watch live matches on a Unites States video streaming site, the only surprise was that it took so long for such practices to be highlighted.

Probably the worst kept secret of late, viewing online TV programmes meant for other countries is nothing new.

For years, users have turned to many tools – including popular VPN or virtual private networking services – that enable them to “unlock” or “unblock” such videos by making their computers or tablets appear as if they are connecting from, say, the US.

What’s different this time is the increasing scale and sophistication involved, and what that means for the old, stodgy way that pay-TV programmes are sold today.

In a perfect world, content producers like American studios creating the latest sitcom or the Barclays Premier League rights owners in Britain would like to parcel out the world into neat little markets so they can aggressively sell their rights to each one.

By dividing and conquering the world market, they maximise their profits.

The returns are even better for very “competitive” markets such as Singapore, where SingTel and StarHub are fighting hard to get ahead. Rights owners such as the Football Association Premier League (FAPL) have happily seen the competition drive up prices for football broadcast rights into the hundreds of millions of dollars.

All that is not possible if viewers refuse to play nice and stop signing up to their local pay-TV operators. They short-circuit this strategy when they watch programmes meant for other countries, say, where a broadcaster puts up a live video stream for its own viewers.

For Singapore’s football fans, the well-known Fox Soccer 2Go site is a popular destination. They pay the US broadcaster US$19.99 a month (S$25.30) compared to the S$34.90 a month from SingTel last season, which includes other matches from the Spanish League and Champions League, according to the ST report.

So, what’s the problem if people are still paying, just to different content distributors? For the likes of the football rights owners, this upsets their grand plan of cutting up each region for maximum profit. People will gravitate towards the cheapest option if borders are torn down.

For consumers, this is like buying from a parallel importer. There is a chance, for example, that you could run afoul of the terms of a service, which usually say explicitly that you are to access a service in a certain country. The service provider has every right to turn off the service to you.

Can they? Technically, it is not difficult to, though it could turn into a game of cat and mouse. These providers could target US-based servers known as conduits for overseas users and block them, but this could create problems for legitimate users as well.

VPN is a technology used every day by businesses worldwide. It encrypts a user’s data and sends it over the Internet via a secure “tunnel” so it cannot be peeked into while it travels through the various servers online. Two users on each side of the globe can hook up to the same computers as if they are physically in the same office.

So far, this practice of unlocking content overseas has not met with much large-scale action by online content distributors. Usually, they are happy with just blocking users who appear to connect directly from overseas.

Plus, for the likes of Fox Soccer, why dig up where the additional revenue is from, as long as they appear from the US? The same for Netflix and Hulu, two popular online video sites offering all-you-can-watch TV shows and movies for less than US$10 a month, and which Singapore users have been logging on to.

The only reason all this could change is if local TV operators kick up a fuss. SingTel and StarHub could complain to the rights owners and tell them to pressure overseas online providers to block off Singapore viewers.

That will likely be a futile attempt. The alternative, everyone in the industry knows, is the 100 per cent illegal option – a stream from a pirate site where nobody collects a single cent, except the pirate.

Singapore’s pay-TV operators, to their credit, do acknowledge the changing habits and preferences of viewers. StarHub, for example, has pushed out 65 of its cable channels to PCs, tablets and phones so far, while SingTel has long been providing American drama serials a day after they screen in the US.

These efforts help keep viewers onboard for the time being. Yet, the days of content being “geo-blocked”, or restricted to one region, are numbered. So too, are the days of the old pay-TV distribution model.

This may be more apparent in Singapore, because broadband services are among the fastest in the world and the demand for overseas content is always high with a lack of specialised local-language programmes, such as in Japan or South Korea.

The country is also well-known as an entrepot. Where there is a free flow of goods through its docks, the same is expected of video content that easily passes through servers on the Internet.

Indeed, you don’t even need a VPN service in Singapore to connect to US sites as a US user today.

Viewqwest and MyRepublic, two new broadband providers, configure their services to let users directly hook up to the US through a US server there, without all this additional hassle of logging in to a VPN service.

When a user accesses a popular US content site, like Fox Soccer, he is routed to the US via a “middleman” server that makes it look like he is turning up from within the US. With their ease of use, such new “DNS routing” methods let just about any broadband subscriber here to connect to the US like a US user.

More people here are going to “cut the cable”, as they say in the US, and turn to streaming services.

NOTES: This story first appeared on The Breakfast Network. Fox has since said that it doesn’t have the screening rights for the next three Barclays Premier League seasons.

By Alfred Siew
Follow:
Alfred is a writer, speaker and media instructor who has covered the telecom, media and technology scene for more than 20 years. Previously the technology correspondent for The Straits Times, he now edits the Techgoondu.com blog and runs his own technology and media consultancy.
Previous Article Limited edition ‘Pacific Rim’ EZ-Link cards up for grabs
Next Article 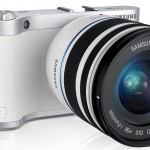