Virtual operator MyRepublic has come up with a S$48-a-month mobile plan that promises unlimited data usage, the latest offer for Singapore consumers who are now spoilt for choice.

Unveiled today, it will keep in step with other players such as Circles.Life, which kickstarted a round of competition in the past two years that has now forced prices down and increased data bundles for users.

MyRepublic’s offer lets users enjoy 3GB of data daily at 4G speeds, which is more than most people would use. Thereafter, their usage speed is reduced, so they don’t clog up the bandwidth for others.

Available from today, the SIM-only plan comes with no contract. It also offers unlimited talktime and SMSes, as well as free services such as caller ID, SIM card activation and delivery.

It reflects the slim margins that mobile operators have to work with in Singapore, which has not seen competition as fierce as this in years. When MyRepublic launched its first mobile services last year, it only offered 7GB a month for S$35.

Fourteen months later, the game has shifted again. Today, there are at least seven virtual operators in Singapore, with three traditional telecom operators and a fourth one TPG Telecom set to launch commercial services in the months ahead.

Even the Big Three incumbent telcos Singtel, StarHub and M1 have had to slash prices to keep up.

For example, M1 now offers a S$25-a-month basic plan with near-unlimited data (30GB) and talktime (1,000 minutes) to keep its customers from moving to rival telcos.

Despite the good news for consumers, there have been questions of whether the competition is sustainable, or whether newcomer TPG Telecom, which is offering free data now, has a niche to carve out in a saturated market.

In May, Singtel posted its lowest profit in 16 years, while StarHub has talked up sharing networks with rival M1, as it looks to transform its business in the years ahead.

That might worry shareholders, but consumers won’t be fazed. The good deals, like MyRepublic’s offer today, can keep coming for as long as telcos wish to compete for their dollar. 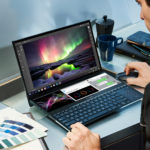 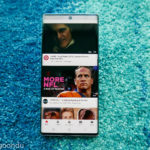 Goondu review: Samsung Galaxy Note 10+ is well made but costly
Leave a comment