Every once in a while, an important camera comes along that truly shakes up the imaging market. Sony’s Alpha 7 and 7R, showcased this week in Singapore this week, are two cameras that surely fit in that category

These full-frame mirror-less compacts, offering the image quality of larger digital SLR cameras while retaining the convenience of a compact camera, have long been anticipated. How much will enthusiasts have to fork out in Singapore for them?

Both the Alpha 7 and Alpha 7R come with Sony’s 35mm Exmor CMOS sensor. The Alpha 7 captures 24.3 megapixels in its shots, while its bigger brother captures 36.4 megapixels, along with a low-pass filter for improved sharpness and contrast. Just like Nikon’s D800e.

The sensor is totally redesigned to improve light capturing capabilities. For starters, this is helped by the inclusion of a micro lens on top of each “photosite” of a sensor.

Even the image processing has improved. The new cameras will selectively apply noise reduction on areas that need it, such as dark areas where sensor noise would most likely to be present. All this just means better images.

What lenses can the new Alphas support? Apparently, quite a few, including ones specially designed for them. Five full-frame E-Mount (FE) lenses were shown off at the launch, three of which are made by the German lens manufacturer Carl Zeiss.

The new cameras also support existing lenses in Sony’s other camera series. Those using the Nex cameras will be happy to know that the new Alphas support these E-Mount lenses as well. How will they fit?
The centre of an image are automatically cropped due to the smaller image circle being projected onto the sensor.

That’s not all. There’s also support for the current crop of A-Mount lenses used by Sony’s Alpha DSLR cameras. But you’ll need two adapters – the LA-EA3 and LA-EA4.

In particular, the LA-EA4 comes with translucent mirror technology makes the new Alphas function fully with the old lenses. This adapter gives you full-time continuous auto-focus with the built-in auto-focus and aperture-driven mechanism.

Handling wise, the new Alphas have among the most comfortable bodies ever designed, with the buttons and dials at comfortable locations around the body.

One unique feature is how shutter, aperture and ISO can be easily changed just by using the rear dial, the front dial and the wheel at the back of the camera. That would translate into a much faster change of settings.

Sony’s new cameras will also be loved by portrait photographers, thanks to a new auto-focus function called the Eye AF. It automatically finds a subject’s eyes and use them as the focusing point – a boon for those who love to shoot using wide apertures such as f1.4 or even f0.95.

The icing on the cake is the ability for the camera to shoot tethered to the smartphone or tablet via Wi-Fi. Just like with compacts, you also get Sony’s PlayMemories app for quick sharing and to confirm the focus on your portable gadget’s bigger screen. 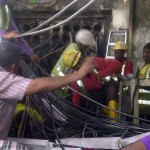 So, are Singapore’s telecom networks resilient?
Next Article 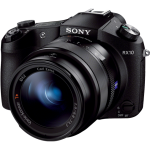