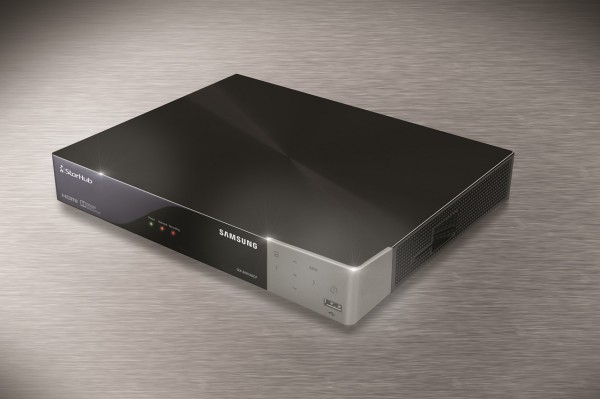 Okay, the answer is yes, for now. Clearly, with half a million households on cable TV in Singapore, StarHub’s newfangled set-top box unveiled yesterday will still matter to some couch potatoes in Singapore.

Made by Samsung, it is the first of three to be launched and which promises an experience that is four times faster. So now, you don’t have to wait that long for the annoying menu to pop up. The interface is also less cluttered and makes you feel you are controlling a smart device, like a WD Live streaming box.

Yet, therein lies the difference. The set-top box, like it or not, is still based on old cable TV technology. There will always be a slight lag between menus, because it still needs to pull stuff down over the cable network, one made for broadcast not interactivity.

The box, nicer and smaller than before, will never be as interactive as a PC, or even a WD Live box or a game console connected to the Internet. Heck, even a low-powered Android box that runs apps on your large-screen TV, including streaming apps like StarHub’s own TV Anywhere that lets you watch its programmes, might appear more interactive.

Why has StarHub invested more money on set-top boxes, when people are already watching TV on all sorts of personal and mobile devices? And this when StarHub itself already has similar “over-the-top” services delivered over the Net rather than the old cable network?

The answer, as one might predict, has to do with content partners. StarHub cannot afford to open up that fast, just as partners that provide it TV content are worried they will lose this well-established way of delivering content.

But everyone knows that things are changing. In the past, set-top boxes were important to secure the content delivered to homes, so people cannot easily record it onto their own devices.

That’s silly now, if you just look up all the pirated content on Piratebay, for example. If you create a popular TV programme, expect your content to be pirated, set-top box or no.

What of another big advantage that was touted yesterday? Of a better experience when surfing through the channels and with a neatly organised electronic programme guide?

It’s certainly pretty, going by what I saw of the screens running on OpenTV 5.0 middleware on StarHub’s cable network. Problem is, screens similar to them have been promised more than 10 years ago, when people first heard of this new, cool thing called interactive TV.

Back then, as the Internet came to homes, cable operators were keen to introduce some form of interactivity on the big screen. They soon gave up, convinced that people just wanted to lean back, not lean forward, when they snuggled up on the sofa to watch TV.

Fast forward to the present and you see cable operators once again rushing to cater to new habits. Only now, they are late to the game. And the audience has moved on with their Apple iPads, Samsung Galaxy Notes and Microsoft Xboxes.

Why should companies such as StarHub spend more money on cable set-top boxes and the associated costs involved in software when fibre broadband reaches every home in a simpler manner? Speaking of a set-top box, any interactive device that users own can easily play the videos that StarHub wants to deliver.

Junking the set-top box means StarHub saves on providing the hardware, while users do away with rental fees, which are S$6 a month, by the way, for the new HD Interactive box. With one less appliance sucking up electricity at home, you save on power bills too.

Which leaves one last advantage that old set-top boxes still claim to hold – customisation. Sure, Sony or Microsoft won’t let folks like StarHub fiddle with their interfaces if StarHub wants to stream videos to an Xbox or Playstation. But why is that needed? StarHub can customise all it wants in an app that runs on these consoles.

That’s how Netflix does it for so many devices, from Xboxes to Windows PCs. Really, if StarHub wants full customisation, it can have any interface it fancies by developing an Android app and delivering that using a cheap Android box that looks and works like an Apple TV.

Actually, Amazon has already rolled out such a box. The Fire TV box is a heavily modified Android-based device that streams not only Amazon videos but also those on Hulu and Netflix.

Its features can be updated quickly because there are simply more developers working on Android than OpenTV. Better yet, the box streams stuff over the Net, so there is no proprietary engineering required to develop new software to run on cable TV networks.

What’s there to stop a Singapore viewer from buying an Amazon box and connecting to US services via VPN (virtual private networking) services? None. It’s like watching Netflix over here in Singapore. Lots of people are doing it, and StarHub knows that geographical boundaries no longer protect it from global competition.

It probably knows too that in the long run, cable set-top boxes are going to be less attractive, as more content is delivered over the Net. As its 20-plus-year-old cable network gets into middle age, it will become more obvious that it’s better to invest in the devices that consumers use. That will make it easier for them to watch a package of programmes that caters to local tastes.

And that’s one strength that local pay-TV operators still have. Knowing their customer well, however, also means realising that newer set-top boxes are no way to tie down customers or gain new ones in the years ahead. Rather, freeing them from these antiquated devices might do the trick.

By Alfred Siew
Follow:
Alfred is a writer, speaker and media instructor who has covered the telecom, media and technology scene for more than 20 years. Previously the technology correspondent for The Straits Times, he now edits the Techgoondu.com blog and runs his own technology and media consultancy.
Previous Article China’s Xiaomi plans to give the world iPhone cool at half price
Next Article Goondu review: Microsoft Surface 2
2 Comments