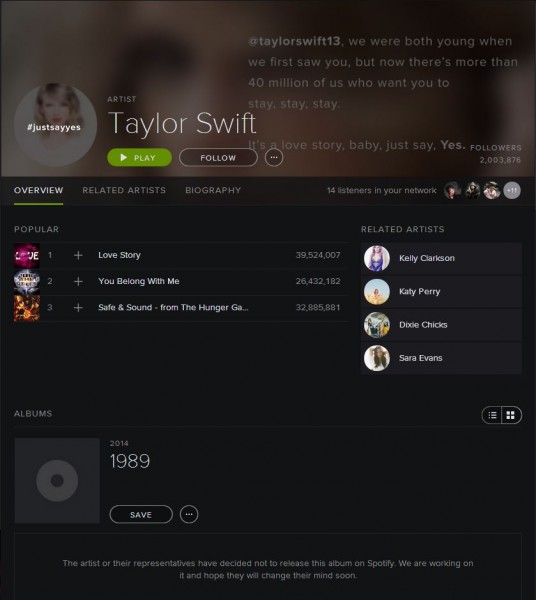 As Taylor Swift pulled her songs off Spotify this week, the chorus about the death of music has begun afresh.

Again, we hear songwriters saying they don’t get paid enough, and industry associations hitting out, saying how little control creators have over their destiny.

We’re all been here before.

Cast your mind back to the 1990s, when illegal downloads from sites like Napster were killing CD sales. Then, as now, the music industry was up in arms. We’ll never get good music again, fans were told.

Maybe we never did. If you look at the cookie cutter fare today, can you name a musician of the same gravitas as Madonna or REM to emerge in recent years?

More importantly, the music industry hadn’t collapsed since the CD got replaced by digital downloads over iTunes in the 2000s and now increasingly, by free or cheap services such as Spotify.

What has changed is the technology, and the balance tipping more in consumers’ favour. What hasn’t changed is the same lament from an industry that is still raking in millions from music sales.

How could Taylor Swift have made it in an era where the CD died? If you put that question to the doomsayers when iTunes first became popular, you’d hear the same issues brought up by the industry today.

Indeed, in the 1990s, when the first music videos were uploaded by fans on YouTube, the music industry got itself in a twist trying to ban them. That didn’t kill music sales – it boosted them.

The music industry – indeed, the content industry in general – has a habit of fighting against the very people paying their lunch. Tens of thousands of people, including 12-year-olds and grandmothers, were threatened with lawsuits in the United States in an aggressive litigation effort in the early 2000s.

So, it is hard to listen to music industry executives talk about creators not being able to control their own destiny. They can, and through the industry, they often appear to be at loggerheads with music lovers.

There’s nothing wrong with Taylor Swift dumping Spotify. That’s her choice. Good for her too that album sales seem to have hit more than 1 million in a week, the most since Eminem in 2002.

But would every other artist do as well? Probably not. Those without her pulling power probably won’t see the spike in sales.

As for well-known artists helping push the agenda for unknown musicians, no, it doesn’t work the same way. Indie musicians don’t need the same huge investments to make music, and they can’t sell albums like Taylor Swift.

What is foolhardy in the current debate is this idea that streaming services are bad for musicians. Long before this week, artistes such as Thom Yorke of Radiohead had already famously lambasted the likes of Spotify for killing the industry.

What they don’t say is how much piracy may have been prevented through legit streaming services. Each day, the more than 40 million Spotify users are using a legit alternative to pirated copies of music from these same musicians complaining about the streaming service.

Does Spotify pay a pittance? Apparently, the amount it has paid to rights owners is more than US$1 billion now. It is said to pay 70 per cent of the revenue to rights owners. Can record labels say the same about their profit sharing with musicians?

Perhaps Spotify isn’t paying musicians enough for each stream, because users don’t pay it enough. Maybe users just have to fork out more than the S$10 monthly subscription now to support their favourite musicians.

Notice that Netflix, the video streaming service, has raised prices this year for HD and 4K streams, yet its subscriber base has grown past 50 million.

Clearly, streaming services are here to stay. By trying to put the genie back in the bottle, the music industry is resisting change as it has done so often in the past.

What critics of Spotify won’t admit is how such services help reach out to new fans. More than just a cheap way to listen to one’s favourite songs, it lets users sample and discover new music.

For those who won’t or don’t want to buy Taylor Swift’s latest album, Spotify would have been a quick way to sample the songs. Now, they won’t even do that. And for any musician, if you don’t get heard, you don’t get paid.

VMware extends cloud play to Australia and Japan
Next Article 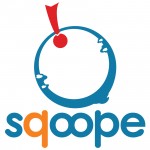