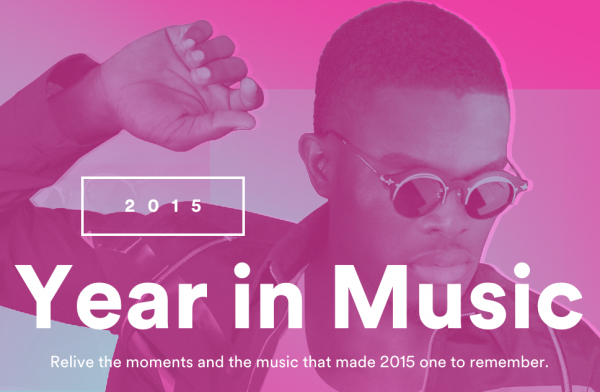 As the year comes to a close, Spotify has compiled a list of the most popular artists and tracks streamed on its service, with familiar names like Jay Chou, Ed Sheeran and Maroon 5 making the Singapore list.

Just like its past iterations, the 2015 Year in Music, as the list is called, saw some variations between the Singapore and global rankings.

For instance, King of Mandopop and new dad Jay Chou was the most popular artist on the service in Singapore, while Drake topped the global artist charts with his hotline (and likely his pockets) blinging all the way.

Ed Sheeran, the crooner that brought us Photograph and Thinking Out Loud, came second on both charts. Maroon 5, Sam Smith and One Direction rounded up the top 5 in Singapore.

Coincidentally, Jay Chou also led the Singapore charts in 2013, with Maroon 5 coming in second place then.

Crowd pleasing pop hits about lovers and friends were the top tracks on the local charts, with Ed Sheeran leading collective thought on Thinking Out Loud about falling in love.

This was followed by Ellie Goulding’s Love Me Like You Do, Maroon 5’s Sugar, Wiz Khalifa’s See You Again, and (surprise, surprise) Ed Sheeran again with Photograph, his second appearance on the Top 5.

Pop, Pop Rock, Rock and Chinese Pop being the most popular genres on the service here was not so surprising, however, with many pop singers and songs among the list of top artists and songs.

The global audience preferred tunes that were more electronic. Major Lazer led the pack with Lean On, followed closely by OMI’s Cheerleader and Mark Ronson’s Uptown Funk. Pop, Hip Hop and Rock were their go-to genres.

The top album both globally and in Singapore came from the one who Can’t Feel His Face (but loves it), one of the songs in The Weeknd’s Beauty Behind the Madness.

Ed Sheeran, Hozier and Mark Ronson were the top hits in January and February, ceding their dominance to Ellie Goulding, Major Lazer and Wiz Khalifa in the hot summer months.

The latter two continued their dominance June through August, joined by OMI, but gave way to Drake, Justin Bieber and The Weeknd in the fall from September through November.

Eminem, David Guetta, Rihanna and Drake were among the few names in the exclusive club of performers whom managed to break a billion streams on the service.

In recognition of the massive influence of the Directioners, the number of One Direction streams spiked 330 per cent globally and an astonishing 1,900 per cent in Britain within the hour following the announcement of Zayn Malik’s breakaway from One Direction.

As a bit of a closing titbit, fans of heavy metals are the most loyal listeners in all genres of music listeners on Spotify. Let’s just say I am not among them.

Since its arrival on our shores in 2013, Spotify has solidified its position as one of the leading streaming music services here. The top tracks from the service is thus a fairly good indicator of what’s hot and what’s not in the country.

Visit Spotify’s Year in Music microsite to examine the trends on your own, and access the playlists the team has crafted to celebrate the many moments in music this year.

What are the songs that you have been listening to in 2015? Did your favourite songs make the list? Let us know in the comments! 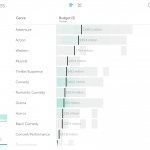 Vizable puts analytics at your fingertips
Next Article 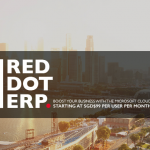