Visitors to Sentosa can look forward to surfing the Web on the beach for free from next month, as a trial of solar-powered Wi-Fi hotspots kicks into action.

The green technology will hook up users at the Merlion Walk area, including the beachfronts of Palawan Beach and Siloso Beach, as well as Fort Siloso Skywalk, and possibly extend to the Singapore mainland later if the results are positive.

Drawing power from the sun makes it easier to deploy outdoor Wi-Fi hotspots, which have traditionally been indoors, said Minister for Communications and Information, Dr Yaacob Ibrahim, this morning.

“If this pilot is successful, we could potentially expand Wireless@SG to reach more outdoor areas in a sustainable manner, and bring the public Wi-Fi coverage in Singapore to the next level,” he noted, at the opening of the imbX show that incorporates the CommunicAsia, BroadcastAsia and Enterprise IT events.

The year-long trial will show how the equipment holds up in real-world use. The use of solar panels means there is no need to dig up roads and lay cables to provide power to access points that connect up users wirelessly at the hotspots.

As a result, it is five times faster to set up hotspots now, according to the Infocomm Development Authority(IDA), which is working on the rollout with industry partners Aruba, M1, Skylab and Sentosa Development Corporation.

The cost savings are “easily 50 per cent,” said IDA assistant chief executive Khoong Hock Yun, at a press briefing today. He said the green Wi-Fi project would also be able to monitor how much power is required for the number of users logged on, for example.

The system has a battery that is charged up by solar power in the day, so it continues working at night or when there isn’t enough sunlight. For its backhaul link, it connects via Wi-Fi on an unlicensed band to nearby buildings, which are hooked up to the country’s nationwide fibre network.

One building with a 1Gbps fibre link can serve several access points in the area, especially if it is able to hook up well with a strong wireless connection, according to the IDA.

The main benefit is for indoor coverage, where it may be difficult or time-consuming to apply for approval to dig up roads for trunking, said Khoong.

However, while the Wi-Fi connection should work well in Sentosa, which has fewer high-rise buildings than the mainland, it remains to be seen if the same system is as effective in denser urban areas. 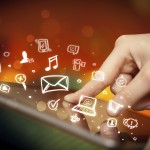 Cyber security from ground-up
Next Article 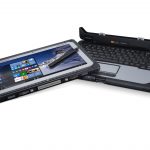