Following the iPhone battery throttling revelations at the end of last year, Apple promised to introduce new battery health features to iOS 11.3, as well as a toggle that will let users disable performance throttling on devices with weak battery.

The new “Battery Health” feature is designed to provide iOS users with more information about their batteries. Located in the Battery section of the Settings app, the new Battery Health feature tells you the maximum capacity of your battery and whether or not it is operating at peak capacity.

The feature is contained within a new “Battery Health” menu, which is under the “Battery” tab on iOS 11.3: maximum capacity shows what percentage of the original charge your battery can still hold; and peak performance capacity, which tells you if your phone’s performance is being throttled due to the battery.

Apple explains the battery performance in its support page.

On devices like the new iPhone X and which are operating at full battery capacity, there is no toggle to turn off the throttling feature that causes iPhones with degraded batteries to run more slowly. A later support document from Apple stated that on a device with a battery that needs to be replaced, power management can be toggled off.

Apple’s Battery Health feature is listed as being a “Beta” feature, which means the feature will be continually refined and updated for some time.

Since news of the battery throttling news broke last year, zozens of class-action lawsuits have been filed against Apple in the US, the governments of Italy, France, and South Korea have begun examining any anti-consumer behavior, and the US Securities Exchange Commission has requested information from Apple regarding potential securities disclosure violations. 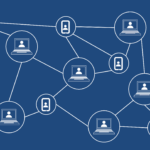 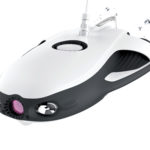