The United States was having trouble convincing even its closest allies to drop Huawei 5G gear in their countries in a game of global superpower rivalry last year. Then, Covid-19 struck.

One by one, countries that had seemingly been skeptical of US-led suspicions of the Chinese company’s links to the Chinese government decided to jump ship.

Britain said today that telecom operators must stop installing Huawei gear by September 2021 and remove any remaining kit by 2027. Last month, Sweden banned Huawei from its 5G networks, joining the US, Canada and Australia in shutting out the Chinese company.

Whether this is down to a sudden re-assessment of a security threat posed by Huawei or simply part of an anti-China sentiment that has grown globally with the pandemic, a door has now been opened to an alternative to Huawei, which was leading the 5G field.

Open RAN, once a small movement to create an open network using commoditised components and software from multiple vendors instead of one, is swiftly filling the void left by Huawei this year.

What its proponents promise is a way for telcos – and countries – to avoid being locked into one equipment vendor over time, because of the proprietary technologies and interfaces used to connect the various moving parts of a mobile network.

Considering that the radio access network (RAN), which includes the base station and antenna that links up a phone to a telco wirelessly, takes up to 70 per cent of the cost of a network, this means a good deal of potential savings.

Mixed in with the argument today is that since Open RAN is based on open standards, it also allows for a more open audit on any piece of code that is not supposed to be there.

You know, stuff that is said to open up backdoors, the source of the unease for many governments about having a Chinese equipment vendor.

Yet, we all know that “open” isn’t always open. The 4G and 5G gear that telcos roll out today with Huawei, Nokia and Ericsson is supposed to be based on open standards and interoperate as well, but they often don’t.

One vendor can provide a more vertical and integrated path that works more efficiently. Or sometimes, the interfaces used by different vendors don’t talk to each other. That is what Open RAN champions say can be changed.

Unfortunately, this argument often does not come across as clearly as it should. Any message is easily politicised, especially in an already polarised world.

After all, who are the winners of this move to an open standard? Well, relatively new American players such as Mavenir and Parallel Wireless, which are developing Open RAN software. Plus, Japan’s NEC, which had previously been a small player in its home market, but is now winning contracts overseas too.

It’s true, as part of a small handful of equipment vendors that have dominated the market for years, Nokia and Ericsson will also face more competition along with Huawei. However, the Chinese vendor will suffer the greatest impact because it had been the leader of the pack.

It has likely miscalculated earlier by saying that it would set countries back by years and cost them dearly if they chose not to go without its kit, which has gained a headstart with extensive rollouts in Chinese cities.

It probably didn’t count on a small open-source movement to make such a dent in its well-oiled machinery, especially as 5G was being rolled out on time and 2020 had looked set to be a great year for the company.

After all, what Open RAN is proposing isn’t new. On a smaller scale, telcos have been virtualising their networks over the years, making use of more off-the-shelf computing hardware instead of the proprietary gear made by a handful of vendors.

What’s different today is the political calculus. Technology adoption, which once was an uncontroversial commercial decision, is now of national security concern and part of a difficult decision on which side to take in a potential new Cold War.

What’s problematic with pitting Open RAN against Huawei is that it misses the point about its bigger benefits. Over time, it could bring about a change as dramatic as how computing power is delivered.

Today, much of the cloud servers and networks used to provide anything from video streaming to food delivery are run on off-the-shelf hardware. In the past, such data centre equipment was made by a few vendors and cost a lot more to set up and maintain.

The same could happen for telecom services if Open RAN takes off. It could change how telcos deliver their services to customers. Prices could be more competitive, for starters. Telcos could also be more agile in configuring their networks to offer new services.

There’s no denying the momentum is with Open RAN now. It is set to be used in two-thirds of all cellular sites by 2026, according to a study by RAN Research, reported Computer Weekly last month.

But like the open source software movement before it, the Open RAN ecosystem is still a nascent one. Does a telco have to troubleshoot an issue with multiple vendors if something goes wrong with its 5G network, for example?

One senior Singapore telco executive told me years ago that Huawei flew in a dozen engineers to support its rollout of new equipment and ensure it was smooth. This was at short notice as well, as he told me.

Telcos will initially feel the pain of moving to Open RAN. Ironically, some in the industry are even looking to government subsidies to switch out of Huawei gear.

The long game, however, is what’s needed. This is the message that is missing in the hype today, as each move to Open RAN is quickly hailed by opponents to Huawei as another win over an emerging Chinese digital authoritarianism.

Even if that were the motivation to move away from Chinese technology firms, the technology must make sense eventually. Open RAN seems to have gained ground of late, but it will need time to mature. 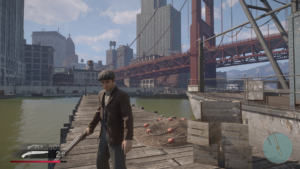 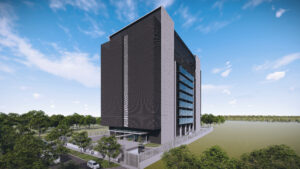