Uber’s ride-hailing services will be turned off in Singapore today, as you may have found out if you’ve been a customer in the past.

After this, Grab will be the undisputed forerunner in this space, following the announcement of its merger with the American company in March.

The Singapore-based company said today it was a “good sign” that the country’s competition watchdog had allowed the Uber app to be retired, after it had warned that the much-publicised merger still needed regulatory approval.

The writing, to be honest, has been on the wall for a while. Unfortunately, the change and the deep impact of the merger seem to have caught regulators by surprise.

Reacting to news about the deal, the Competition and Consumer Commission of Singapore had said it wasn’t told about it beforehand.

The Land Transport Authority (LTA) even said it was studying the impact of the merger, when quizzed by reporters in March. Well, there’s no need to study now because the deal has been done and there’s no turning back.

What the regulators could not have expected was the impact that came so swiftly. Not only did the competition shrink overnight – despite news later of the entrance of smaller players – thousands of Uber drivers were also affected immediately.

And there’s no stopping the deal, whether the regulators liked to admit this publicly. As Uber Asia-Pacific chief business officer Brooks Entwistle later remarked, the funds had run out and they were leaving, no matter what.

What are regulators to do? With Grab and Uber, they could hardly say no to the merger, unless they stopped drivers from picking up passengers altogether. In the end, a futile prolonging of the Uber service – until today – was the best they could manage.

Meanwhile, the platform economy is growing. Besides ride hailing, Grab is also offering financial services and e-payments. It will deliver food as well, with Uber Eats now under its umbrella of services.

In this, it is actually slow to the game. Indonesia’s Go-Jek, for example, lets users order food and seek massage services on its app. In China, similar apps let users book cinema tickets and pay for a long list of services through a single account.

In other words, platform players are becoming inter-connected and indispensable to many users. Just ask anyone who tries to book a cab today – do they call the good, old ComfortDelgro hotline or worse, use the LTA’s taxi app?

Platform companies win because of scale and size. This has to do with more than economies of scale, which they enjoy, but also the data they have on hand.

In ride hailing, it has always been about numbers. The party with more drivers and riders wins. The one that makes better use of its data, quickly offering new deals to consumers, wins. And of course, the one with the deeper pockets, thanks to investor money, wins in a war of attrition.

The goal of these platform companies is monopoly of a market. They would argue, as companies that have grown in size to gobble up the competition in the past have argued, that size is necessary for innovation to thrive and benefit consumers.

And they would be right – up to be point. So far, these players have brought in better systems than what legacy players have offered all these years. Again, think of trying to hail a cab in the past, before Grab and Uber.

Now the question for regulators is what leverage they would have to ensure that consumers are being fairly served, in the absence of meaningful competition.

Key to this could be the data that these companies keep and make use of. Regulators have to rethink how to protect users’ information, not just for privacy’s sake, but also as a way to allow competition to flourish in future.

Data will be key if there were to be a potential disrupter entering the market in future. A new entrant may require a regulator to look at how an incumbent has been collecting and making use of data to make it difficult for competition to thrive.

How may regulators tilt the uneven playing field to consumers’ benefit? Or, would they find this to be too much trouble and let the market play out, as they have done for now?

These are questions that may be avoided today but not for long. Slightly older technology companies offer a clue to how things can pan out – Facebook is the most recent example of a company that has grown unregulated, and now says it needs to better regulate who uses its advertising system to plant propaganda to influence voters.

Look even further back and you can see business entities that have grown too big to fail. They have been costly to society when left unleashed.

Banks in the United States were bailed out with taxpayers monies, after the global financial meltdown of 2008. They had run amok with the way they manipulated the market, after years of deregulation.

It is a stretch, sure, to link Grab to the banks that failed so spectacularly. To be fair, it is continuing to launch new services, even shuttle buses, that take advantage of its platform to benefit more consumers.

But this is not about Grab alone. For regulators, other platform companies will continue to grow and become just as indispensable. If they have already become too big to regulate now, consider the scenario in the next few years. 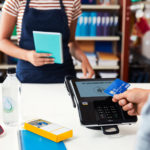 Most Singaporeans say they can go cashless for a day: Visa survey
Leave a comment