You’re not quite sure what to make of the LG StanbyME when you first set it up. It looks like a TV on a rollable stand yet it also doubles up as a touch-screen tablet of sorts.

What’s certain, though, is that there’s nothing quite like it. Essentially, this battery-powered 27-inch Full HD screen is one that you can take anywhere you like at home, which makes sense since our phones already follow us everywhere.

Think of using it as a video call screen when you’re seated in the living room. Or to show cooking videos to get your wok on in the kitchen. You can even roll this into the bathroom if you want – just note that it isn’t waterproof.

While the concept seems simple, it’s clear LG has put a bit of work into making this lifestyle product look sleek. With cables neatly tucked out of the way, it is a truly wireless screen that doesn’t look out of place with any interior deco.

Even the beige frame comes with a textured backing since this screen is likely to be moved around and its every facade will blend in well with your nice apartment.

The stand is also sturdy and smartly hides the cable connecting the screen to the hefty base, which holds the battery. Though it is unfortunately not rated in the specs, it promises up to three hours of usage or the length of a long movie.

During my tests, it could last hours easily when entertaining my kids with YouTube or Netflix. Indeed, they were enjoying the portable screen so much I had to wheel it away from the dining table and limit their screen time.

That’s the thing, you see, the LG StanbyME is aimed at giving you even more screen time than you already have today via your phone, tablet, PC and TV. It aims to go wherever you are.

It does so with five wheels at the base that roll along smoothly, so easily that even my kids could move it around if they wanted to.

The screen also swivels, rotates and tilts to fit your gaze, so you can watch a movie lying down on a sofa, catch up the news at the dining table or make a video call next to your bed in the bedroom. It’s like a large tablet that’s mounted neatly.

The LG webOS software interface should be familiar with anyone who has used LG TVs before and it’s as easy as it gets, whether you are using the supplied remote controller or touching the screen directly.

While the built-in apps from LG include the usual video streaming apps like YouTube, Netflix and Amazon Prime, you also get a Web browser that proves nifty to load different webpages. You can also choose to mirror your Android phone screen onto the larger one. Apple users can via AirPlay and HomeKit.

Included as well is an HDMI port, even though this is meant to be a wireless device. So, yes, you can hook up your laptop to the screen if you wish to get some work done quickly, such is the work-from-home arrangement these days. There’s also a USB port you can hook up an external drive to to play your movies.

I suspect most people will be happy to just use the LG StanbyME as a transitional screen, that is, for the instant gratification of bingeing a Netflix series while having dinner, for example.

The 27-inch viewing size, while decent, won’t offer the same immersive experience you get on regular TVs, even the smaller ones that start from 50 or 55 inches. Neither will the Full HD resolution on the newfangled screen, which is far less sharp than your regular 4K TV that costs roughly the same price.

The LG screen does come with decent sound, despite the small size. A 10-watt sound system offering 2.0 channels is able to project surprisingly full and engaging sound effects when you’re watching an action movie, for example.

All said, the LG StanbyME is a nifty product that will be right at home with many users seeking a flexible way to consume media that is always and instantly available.

In a small apartment in Singapore, it would be an attractive addition to the TV, phone and PC as yet another window to a boundless world of digital content.

It’s not cheap at S$1,799 when you consider that you can have a larger 4K TV for that price. But can your 55-inch TV be wheeled around and controlled by touch?

For folks who want an extension of their phone or tablet, the LG StanbyME is one step closer than that wall-mounted TV they already have at home. 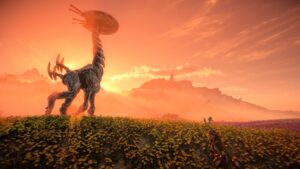 Horizon Forbidden West review: A must-play for fans of the original game
Next Article 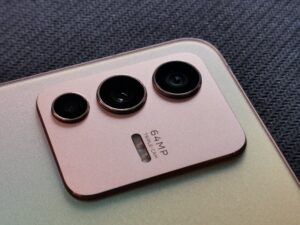