In many ways, Elon Musk’s public, in-your-face and now likely successful bid to buy over Twitter this past week is a fitting one.

The world’s richest person has been using the medium to toy with the prices of cryptocurrencies. One tweet from him and they move.

Twitter is his playground, where he even gets into fights with people on how best to save a group of boys stuck in a cave in Thailand, for example.

Donald Trump, he isn’t, but with his current spiel about being a “free speech absolutist”, it is no surprise Musk is now raising hopes among Trump supporters that the former American president would be back on the platform after being banned last year for inciting violence.

These are the personalities that feed the growth of social media. Or rather, the divisiveness and controversy they generate make everyone glued to their screens to gawk at a real-life, high-stakes reality TV show.

It is no surprise that people fighting over issues on social media generate more traffic and attention than when they all agree on something reasonably and nicely.

In a way, this is like news in the old media. After all, as journalists are always taught, conflict sells. Two persons arguing or fighting on a street is news. A couple kissing, well, normally not so much.

Of course, there is a difference between simply reporting a conflict and fanning the flames. Facebook, notably, weighted anger five times over likes. It was designed to make users angry, by putting out more content that they had reacted angrily to.

So, it is no surprise that social media has grown into such an uncontrollable monster that it could be weaponised to launch an apparent coup or even to hurl threats of nuclear war.

Despite recent efforts at moderation and checks, which to be fair, have helped, the genie is out of the bottle. There is no putting back the bitter gall and cutting rhetoric that have characterised social media in the past several years. No, not even if Trump is still banned.

The idea of Musk, who also owns Tesla, SpaceX and the Boring Company, owning a social media platform is also hard to accept for those who seek an independent, fair town square for an exchange of ideas.

Add that to the list of Jeff Bezos owning Washington Post, and Mark Zuckerberg owning Facebook and Meta. Just like people used to say that freedom of the press resided with those who owned the press, today freedom of speech is arguably still the preserve of the ultra-wealthy.

Could this takeover by Musk, assuming he does get the sale through eventually, finally just get the whole idea of social media to overcook? You know, piss off enough people they log off?

While Twitter is still gaining what it calls “monetisable daily active users”, that is, people it can push ads to, it faces headwinds, as other social media networks like Facebook do.

Just earlier this year, Facebook suffered its first decline in the number of daily active users, as it grapples with an ageing demographic and tries to one-up the younger TikTok rival network with similar short videos to engage users.

The problem, as the old media will tell you, is that fatigue could eventually set in at some point.

After all the cat videos got boring, maybe some conflict or fake news helped to get people engaged. Now, after being so riled up, might they just get tired of arguing with one another and stop engaging? Then, what?

For a Twitter under Musk, it is scary to think that the polarisation and division might be ratcheted up a notch.

Some may fantasise that, since he is into cryptocurrency and blockchain, he might just kickstart a Web3 or decentralised network, which in theory, might sound great for a marketplace of ideas equally accessible to all.

Don’t forget, however, this could be a Wild West, where there is no censorship, also no responsibility for any operator to moderate any fake or harmful content, even after all the danger signs we’ve seen of late.

All said, Musk may just drive up conflict to a point where people get turned off, when disengagement becomes the norm.

This is where network effects, once the engine of endless growth, become the opposite. As fewer people engage, more will drop off, resulting in a irreversible cycle. Irrelevance is what Zuckerberg fears and, surely, a fate that Musk wants Twitter to avoid.

We’ve seen that with old communications networks like IRC – when people find new ways to get in touch, they leave. This time, if it happens to today’s social media networks, where will they head to? 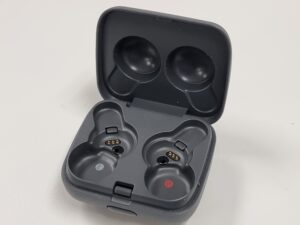