The Sony LinkBuds represent a unique unsealed Bluetooth earbuds entrant from the entertainment electronics giant, and among the most diminutive of their kind. Retailing at S$269, the LinkBuds are a relative rarity from a firm more active with its occluded buds and headphone ranges.

The Sony LinkBuds adopt a “true wireless” earbuds format made popular by Apple AirPods, with two discrete ear pieces that fit onto the ears of its user without additional wires, and a charging case that promises enough juice for 12 hours of use in addition to the charge carried by the LinkBuds.

Still, the LinkBuds take a different approach to fit, as Sony wants to help the user feel as if he or she is wearing “nothing”. Instead of a typical snug rubber seal, or a trumpet-shaped plug that goes into the ear canal in some manner, the LinkBuds feature donut-looking loops that run around the circumference of the outermost ear canal, and are where its speakers reside.

Diagonally adjacent and attached to the speaker loop is the bulbous section of the earpiece that contain the brains of the LinkBuds. Silicone straps of five different sizes run around the bulbous body, and hook onto the ridges of the users’ ears for a good fit.

This means the LinkBuds does its job of piping tunes and speech to the user without obscuring the ear canal in any way, enabling good awareness of the ambient decibels.

This will be of value to those who must stay plugged in to the surroundings – perhaps those in the safety or service sectors – while committing to their playlists. Also, users taking frequent calls in environments that call for situational awareness.

In my tests, I only had to line the donut loop around the outside of my ear canal and twist the LinkBuds backwards, and it gave a good fit. The medium-sized silicone loops fit me well. Running with the buds is easy too.

I also tried shaking my head vigorously with the buds on. I got a bit of a headache, but the LinkBuds budged just a little.

The LinkBuds are generally unobtrusive. In my time with it, even though I could feel the buds in my ears, they were really light and felt barely there. This was probably helped by the fact that they did not go into the ear canal at all.

The sheer unobtrusiveness of the earbuds, however, also meant the LinkBuds sometimes felt a little weird in my ears, as if it there was something stuck on the ridges of the ears and might dislodge anytime. I worried about hunting for something so light and small in a busy place.

It might well be a psychological fear (or a factor of how the fit felt on me?), but I will admit it did nag at me in the week I used the earbuds. Perhaps a month of use will resolve the worries?

Overall, the LinkBuds have above-average clarity. Timbre and treble notes are generally bright and not muffled, but the lack of a seal and its design that exposes the ear canal to the environment would have made it challenging to deliver deep bass.

I must confess I am not a serious audiophile. I am a regular guy with an interest in the latest gadgets, try a few of them on and off, and expect the best of them. I tested the LinkBuds over Spotify and YouTube music streaming at 1080p on ensemble classical, jazz, contemporary pop, and rock playlists.

Jazz and classical pieces generally reflected the aural expertise of Sony. The cymbals and piano came through clearly. The strumming of the guitar was not a muffled mess and there was some bass, but it lacked the punch one might expect from occluded earbuds.

Listening to more contemporary pop and rock pieces amplified the lack of bass. There was also greater loss of clarity with the heavier mix of bass and treble. I personally do like some thump with my music, so I was not very satisfied with the output on the lower frequencies.

I passed the earbuds to a friend to try, though, and said friend was pretty happy as someone who is into a more neutral sound.

The Sony LinkBuds did a decent job with calls. The other party could hear me clearly even though I was out and about heading to a mall. I was quite aware of my surroundings without having to stop the conversation while taking a call. It was also helpful that the LinkBuds would pause whatever it was playing whenever someone tried to speak to me.

In short, the LinkBuds are perfect for productivity, when you might find yourself discussing matters with a colleague next to you while on a Zoom call.

I checked in with the conversation partner who uses a pair of Apple AirPods, and asked if I sounded clearer through the LinkBuds or AirPods. The verdict? The LinkBuds might even sound a little clearer, especially when I was passing by some excavators at work a distance away.

The LinkBuds feature something called Wide Area Tap. I can tap my earlobes (which would be just in front of where the bulbous part of the buds sit), and use that to pause a song, or control volume. Interesting enough, but I am satisfied enough tapping on the buds itself.

The LinkBuds are IPX4 rated to withstand splashes. I was not prepared to bring a test device into a run in the rain, but running with the buds in general did go well.

To charge the device, return the earbuds back to the case with its connector pins on the underside of each bud facing down, aligned to the grooves of the charging case. A multicolour LED light indicates the battery level and charging status.

The LinkBuds claim to run about six hours from a full charge, a figure that I would put as five-and-a-half hours, in my tests.

The Sony LinkBuds are a well-executed attempt at a decent unsealed earbuds experience. The sound quality is decent, the fit is nice and the device is light. The earbuds are a good option for those sensitive to using sealed earbuds for extended periods of time.

They are also an excellent productivity companion, as they are naturally designed for conversations with those next to you as well as those on the call.

Sealed earbuds would require some technological mediation to do this, and would not do it as effortlessly as the LinkBuds did. It also helped that the LinkBuds facilitated phone calls well.

For those seeking a good pair of earbuds for general listening, the LinkBuds are decent, but unlikely to outperform a good pair of headphones or sealed earbuds. Nevertheless, I am sure there are users who will value the more hygienic design of the LinkBuds, that also leaves one aware to approaching cyclists and vehicles.

With the LinkBuds, Sony is trying to carve a niche with unsealed, non noise-cancelling earbuds focused on delivering a quality experience to those actively trying not to eliminate background sound. For too long, these are typically entry-level, value-oriented entrants, and the LinkBuds represent a refreshing change.

While there is some room for improvement in bass response and clarity, I truly wish the product line has unlocked an addressable audience that has thus far been underserved, and find myself looking forward to the next entrant in the product line. 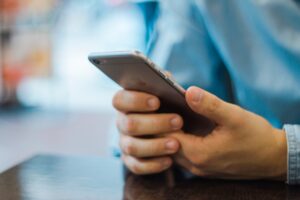 CPF sends SMS about termination of Eldershield, raising concerns it was a scam
Next Article

As Elon Musk readies to pocket Twitter, could social media finally “overcook” and turn off users?
Leave a comment