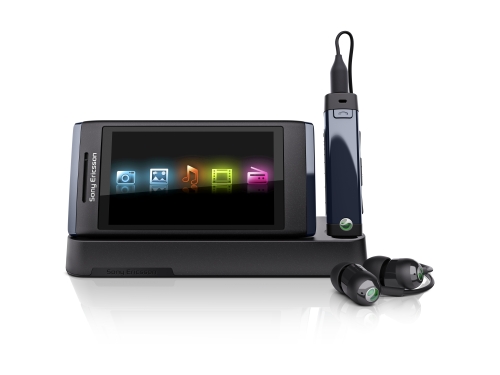 You may want to check out Alf’s review on the Satio if you haven’t read that, as the Aino phone is a sister phone to the Satio and some of the bundled apps are similar.

Sony Ericsson just released a trio of phones for the Singapore market on October 24th, with Satio being the high-end one (S$1,098), Aino the mid-end one (S$858), and Yari the lower-end one (S$548). Prices listed here are the recommended retail price without any contract with a telco.

I had the opportunity to play around with the Aino for about two weeks, and like Alf’s take on the Satio, I have mixed feelings about it. I like various aspects of the phone, but other parts of this slide phone irritate the heck out of me.

To me, the touchscreen “media mode” looks nice, but it feels tacked on just for the sake of being cool. Seriously, if the touchscreen was spoilt, the phone would work perfectly fine for every function.

Another major gripe is that the interface can be laggy. I put in about 2GB of songs into the 8GB mini-SD card (comes bundled with the phone, which is nice), and the phone took time to sync and load the songs and playlists into the touchscreen interface. I can’t say I had the most fun or intuitive time with the interface.

But if you can get past the interface hurdle (this is huge, I know), the phone has brilliant gems amongst the flaws. Specifications wise the phone is decent for price: 8.1 megapixel camera; every typical connectivity option you need, i.e. 3G, Wi-Fi, Bluetooth, USB; a nice 3-inch LCD display screen. The phone doesn’t have an audio jack, but the bluetooth stereo clip-on device allows you to use any typical audio headphones with it, which is a nice thing.

I don’t have a PS3 and thus couldn’t test the ability of the phone to sync with the PS3 Remote Play capability, but I tested the other function touted by Sony Ericsson — Media Go’s ability to push new content to the phone automatically, and via Wi-Fi.

Basically what this means is that if you download any new podcast, video or music on your PC for the Media Go app, it will automatically update a copy on the Aino for your listening or viewing pleasure, as long as the Aino is within Wi-Fi range and charging on the dock. This is a pretty cool function. Took me some time to set up all the permissions and get the program from Sony Ericsson’s website, but it was worth it.

Battery life doesn’t last very long, especially not when the phone automatically connects to Wi-Fi and the Bluetooth clip-on device it comes with (unless specifically switched off). At the very least, if you play music or video you need the bluetooth device to hear sound, so battery does drain pretty fast. 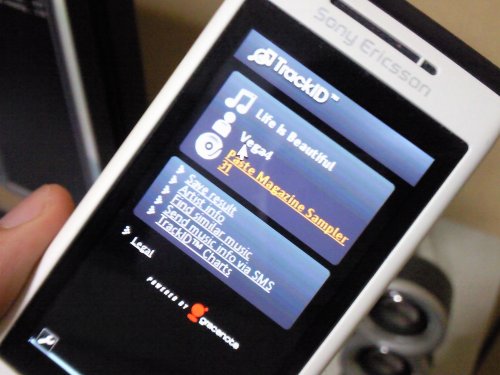 The Aino comes with a couple of apps that are well thought out. Alf already mentioned TrackID for the Satio, which also happens to be installed on the Aino. It is like the iPhone’s Shazam app, in which from a few bars of a song, the TrackID app can identify the song for you.

For fitness buffs, there’s the tracker app. This jogging app uses GPS to track how far you’ve run, how much energy you’ve expended, and even helps you analyze and plan your running workout by duration, distance, or routes. Very cool. 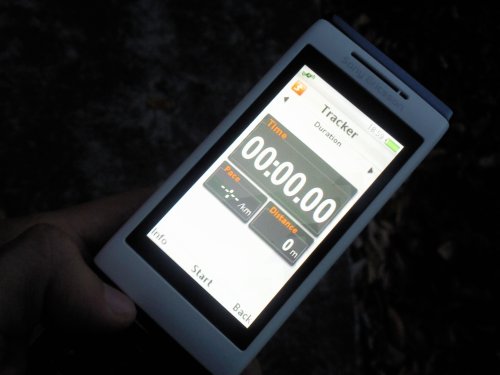 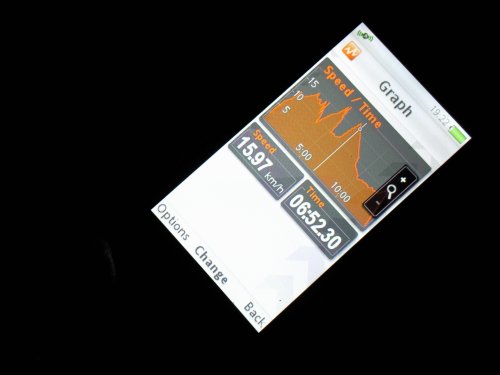 The app has voice feedback if you’re wearing your bluetooth headphones, telling you to speed up /slow down (depending on the speed bounds that you set), and also periodically how much distance you’ve covered. There are multiple ways to graph the results, and you can even plan a training calendar for jogging.

In conclusion, I’ve mixed feelings about the phone. If you can live with the interface, the apps might win you over.