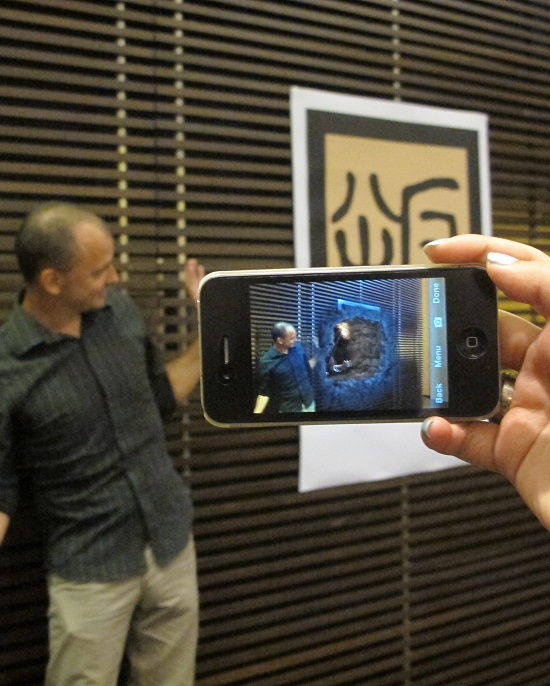 You stand in a dimly-lit, musty tomb holding your iPhone like a beacon aloft.

Its light illuminates a 2,000-year old terracotta warrior from the Qin dynasty that scowls menancingly at you.

Trembling, you reach out to touch it, but your fingers swipe only empty air.

The stone warrior exists only in the figment of the virtual ether. You’re experiencing the latest exhibition — Terracotta Warriors — at the Asian Civilizations Museum (ACM), which runs from 24th June to 16th October 2011.

Blending the virtual and the real

Simply aim your iPhone’s camera at special AR markers littered throughout the exhibition — which just look like hieroglyphs — and you can see life-like animated scenes that look real from any angle.

Said T.Sundraraj, deputy director of programmes and audience development at the Asian Civilization Museum, in the show briefing today: “We wanted to offer visitors a novel multi-sensory experience.”

The technology vendor behind the magic of this exhibition is local digital and gaming company Magma Studios, who put together the storytelling, art and technology to make this possible.

According to creative director Chris Jones from Magma Studios, this “Teracotta Warriors” museum exhibition is the first in the world to use vision-based AR — the magic behind making it look real on a live video feed — and interactive storytelling at one go.

Visitors simply download the free 20MB ACM Terracotta Warriors iPhone app prior to entering the exhibition. Since the app is keyed to visual AR markers at the exhibition, you can only experience it when you’re at the museum. 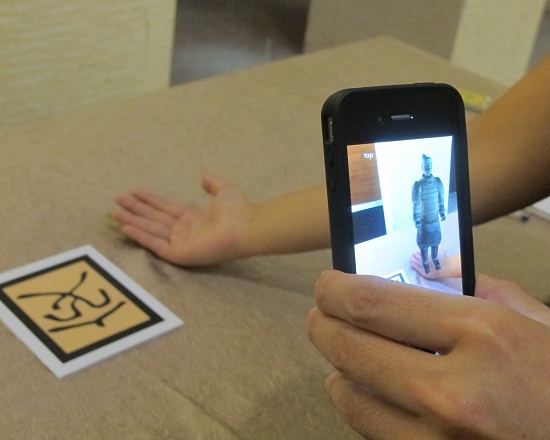 The benefit of doing it this way is that no connectivity is needed during the exhibition itself — everything runs off the phone — and the experience cannot be messed up by our sometimes congested 3G networks in Singapore.

Fusing all the disparate software bits — like String, the vision-based AR software used, and Unity3D, a web-based 3D-renderer — together with artwork, storyline and interactive games under 20MB in one iOS app in six weeks(!) was an insane challenge for Chris and team, which they must have labored crazily to surmount the deadline.

The end result is a really impressive experience, and the AR looks lifelike and truly 3D on the iPhone from any angle (as long as the marker is visible by the camera). I’ve seen some AR demos by education institutions and research departments of tech vendors, and this particular AR app has them beat in terms of eye-popping visuals.

The only drawback is that, as an Android user, I won’t get to play with the cool app on my HTC Desire.

According to Chris, coding for the Android platform — for now — would have posed “significant technology challenges”, but could be done some day in the future as more AR SDKs support Android.

On ACM’s end, they are waiting to see if AR as an interactive storytelling device is popular with the museum audience. If so, they will consider extending it to the rest of the permanent exhibits at ACM.

ACM’s deputy director T.Sundraraj declined to comment on the cost of this pilot app, but said that it is important to try new things to make the museum experience more immersive.

“It’s how we imprint ourselves in the minds of our customers,” he said.

Should flagship phones be losing features, bundled gear when midrange models do not? 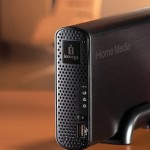 File syncing made easy with Iomega cloud
Next Article 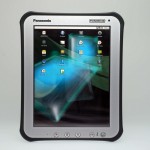