After being much criticised for its slow updates for its 2010 models, Sony Ericsson has bucked up and is offering to update its Xperia phones released this year to the latest Android Gingerbread operating system from October.

This means users of Sony smartphones such as the recently-released Xperia Arc, Play and Neo will get the latest version of Android (2.3.4), though it already shipped with an earlier version of the Android Gingerbread operating system.

Among the new features promised, the most interesting is Google Talk with video chat, which will give you free video calls (as long as you are paying for the data) on the go. This feature from Google, which is supported by phones with frontal camera, had just appeared on Samsung’s Galaxy SII recently.

The other updates, according to Sony Ericsson:

-The software upgrade enables consumers to turn their Xperia smartphone into a mini-mobile PC by connecting USB peripherals (mouse, keyboard or game controller) to Sony Ericsson LiveDock multimedia station. Connect the smartphone to a TV via HDMI to get a big screen experience.

-Swipe text input – text input by swiping the finger from one letter to the next.

-Screen capture – allows the user to share a screen grab from anywhere in the phone.

The rollout will happen in selected markets in phases, say the phone maker. Users will typically get a notification to download the update over the air. They can also hook up the phone to a PC and install it from there. 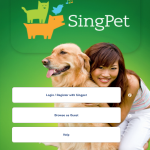 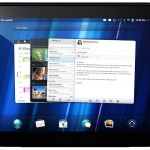 HP Singapore to offer refunds for TouchPad
Leave a comment