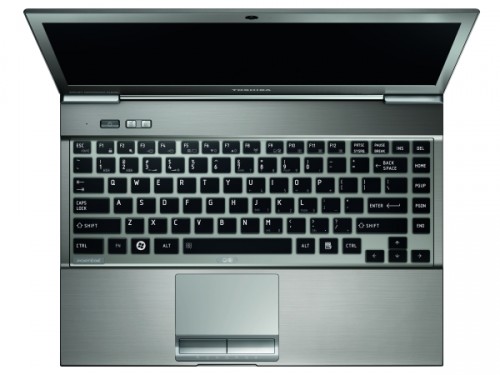 Asus and Acer may have been slightly earlier to the game, but the battle for the slimmest, lightest and most powerful laptop is just getting hotter with new arrivals like Toshiba’s new Portege Z830.

Shown to the media in Singapore last week, the latest in the Japanese laptop maker’s thin-and-light Portege line is just 15.9mm thin and weighs a feather-light 1.12kg. On that frame are a 13.3-inch screen and 128GB solid state drive, along with either an Intel Core i5 or Core i7 chip.

As expected, Toshiba has pulled out nothing when it comes to connectivity. There’s USB 3.0, HDMI, Gigabit Ethernet LAN and even a fingerprint sensor for business users. What’s also included: the stiff Honeycomb Rib design on the new Portege’s magnesium alloy cover that protects against abuse (for those rough users).

But take note that these prices are will likely come with free bundles, like RAM or other upgrades, during the Sitex show. They may even drop if the competition is stiff enough.

Either way, there are now lots to choose from – besides the MacBook Air – if you want a full-powered laptop that’s also easy to carry around. And that’s good news for anyone who likes choice.

By Alfred Siew
Follow:
Alfred is a writer, speaker and media instructor who has covered the telecom, media and technology scene for more than 20 years. Previously the technology correspondent for The Straits Times, he now edits the Techgoondu.com blog and runs his own technology and media consultancy.
Previous Article Most free security apps do not guard against Android malware
Next Article Sony’s new photo frames come with Wi-Fi
4 Comments