StarHub is using Singapore’s fibre network to deliver its pay-TV services to offices, restaurants and pubs from March 18, as it seeks to cut down on current terrestrial broadcasts to such business customers.

Despite being a cable operator, StarHub uses over-the-air signals to send its TV channels to many business customers because linking them up via its cable network would be expensive.

Now, with the new Internet protocol TV (IPTV) technology running on the fibre network, it could deliver three times as many channels than it does with its terrestrial broadcasts, it said yesterday.

The new medium also comes with interactive features, like Facebook shares, for example, which customers at pubs may tap on to enable more interaction on-site.

StarHub also said that the TV channels, showing many of its news and sports programmes, will be delivered smoothly because they will use a separate link from one that is used for Internet surfing.

This means a cafe, for example, can have an Internet link to offer a free Wi-Fi hotspot or use it for its own corporate functions, while still delivering the StarHub TV on Fibre channels clearly.

There is no clue, however, when homes will get such an Internet TV link. A StarHub spokesman would only say that it would provide an update when that service is ready for launch.

Unlike commercial buildings, almost all Singapore homes are plugged into StarHub’s cable network as well as the country’s new fibre network.

The cable operator is still running a relatively modern cable network that is just 20 years old and which it would likely aim to keep running for several more years yet, despite also offering fibre broadband services.

UPDATE: StarHub has responded with the following statement to clarify its position.

“Despite being a cable operator, StarHub used over-the-air signals to broadcast TV channels to many commercial customers because of contractual restrictions in the Network Lease Agreement with SingTel which confines service to residential properties. As a result, commercial customers who wish to connect to StarHub’s cable network will have to bear the expensive network rollout cost to their premises.”

By Alfred Siew
Follow:
Alfred is a writer, speaker and media instructor who has covered the telecom, media and technology scene for more than 20 years. Previously the technology correspondent for The Straits Times, he now edits the Techgoondu.com blog and runs his own technology and media consultancy.
Previous Article SingTel to lead group of companies in telecommuting pilot study
Next Article 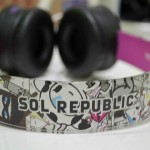