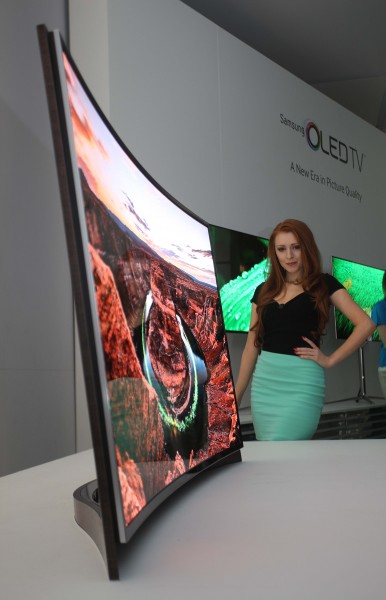 Big, shiny screens, new game consoles and phones with flexible screens would have wowed you if you followed the news coming out of this year’s CES gadget fest in Las Vegas.

Yet, despite the obvious upgrades in hardware, you’d be surprised that much of the world’s video and movie content is still delivered via old networks and outdated business models.

True, we have iTunes and Google TV now, and even the cable operator in Singapore, StarHub, is putting its programmes online, but these are still some way from changing the way TV can be consumed on interactive devices like smart TVs, tablets or your humble PC.


Singapore is a great place to examine this. Despite having one of the fastest broadband networks in the world, much of the TV content is still delivered to homes using set-top boxes plugged into old infrastructure.

In the old days, this was the easiest, most secure way to deliver content without someone copying a movie or sharing it online. Today, this is just not true any more. Why should a customer rent a set-top box that can’t be as interactive as a PC, tablet or smart TV?

SingTel is one example. It will insist that you buy a home phone service, so that it can deliver live football matches on its Sports Combo package of programmes over that old phone network.

This strikes one as rather strange. Instead of making people pay an indirect cost of signing up for antiquated home phone services, why can’t SingTel just deliver all the content over fibre and get more TV customers?

Maybe it makes more money by selling a phone service delivered over an old network that has paid for itself many times over, but is that the reason it’s in the content business? To keep selling old telephony services in a world that’s seeing more so-called over-the-top services that bypass traditional charging models?

Essentially, telecom operators have two choices – keep holding back the innovation, spending money on things like set-top boxes to deliver content, or open up the content to all types of devices and grab more customers.

Today, a portion of SingTel’s live Barclays Premier League matches gets shown on pay-per-view on its miostadium site. That’s a good thing, but what about offering all the matches for folks watching on a PC or tablet?

They can pay less, perhaps, because of the obvious lower quality of video streamed over the Net, or they can pay the same as the set-top box-bound TV folks, for additional features like recording, replay and sharing of snippets.

Instead of adding these features piecemeal on a set-top box, which costs more to provide, make use of the viewer’s interactive devices, be it a PC, tablet or smart TV and give them control.

In the past, content providers will be worried about people taking their content on “unsecured” devices and sharing it with others. Thus the need for set-top boxes. Today, that’s just silly.

Telcos should just assume that the content is already being pirated, smart card encryption or not. Just browse through a pirated site to see the latest movies or live football matches being shared online, for a clue.

This content cannot be played in your region
Why can’t telcos and other so-called “platforms”, in industry-speak, just clam up and pretend that things are hunky dory? Because another traditional barrier to competition – geographical rights – is crumbling down fast too.

Don’t like how outdated or poor your local cable provider’s lineup is? Sign up for a VPN (virtual private networking) service and connect to the United States as if you are based there. Then hook up to a US$7.99-a-month Netflix account to watch thousands of drama serials and movies on your PC, tablet or TV.

Sure beats renting a set-top box from StarHub for S$6 to S$14 a month and another S$20 to S$30 for a basic subscription.

The days of carving out the global market then segmenting and selling each slice, sometimes as exorbitant exclusive deals, are slowly fading into the past for content providers and their content owner pals.

Sure, you’ll still hear of record billion-dollar deals for Barclays Premier League football rights, but you wonder where’s the business sense in the long run.

Singapore is an example again here. As football fans get angry about the rather unhappy wrangling for these TV rights, many may just turn to pirated online streams.

There’s no knowing how rampant the problem is, but here’s an anecdote: even the chaps at a telco retailer will tell you it’s one increasingly popular way that people watch their football here, thanks to the country’s speedy broadband, which enables all sorts of pirated streams.

Like the folks in the music industry, TV and movie rights owners believe they have a natural monopoly. Hey, if you don’t like our price, don’t listen to our music or watch our movies, right?

But like the folks in the music industry, they will find that their videos, which still take a longer time to download than MP3 songs, will be more easily pirated with faster broadband networks in the years to come.

And quite likely, they will find that they are simply holding on to an old delivery format – through their regional platform partners like cable operators – when the Internet is going to reach every PC, tablet or smart TV more easily and cheaply.

Why can’t they deliver directly to these users? Because currently, there’s no reason for them to risk earning less money. In a few years’ time, with every TV being able to stream directly from the Net and tablets being commonly used to view TV programmes, they will be a laggard as well.

They should learn from the CD and the music industry in the 2000s. Now, you can buy music in a format you like. After being “decoupled” from the CD format, songs are sold in various stores today, on iTunes right after an American Idol screening and in high resolution on sites such as HDtracks, which sells to global buyers.

And this is despite the resistance from arrogant record companies, which famously didn’t believe Steve Jobs’ iTunes would work.

The same is happening with games. Online stores like Steam sell to a global market today, after years of pricing boxes of software according to where you’re buying them from. Selling digital products from day one, the industry has faced rampant piracy over the years, and thus is probably the most open to selling to global audiences to counteract piracy.

After all, why make it so hard for your customers to play a game, view a movie or enjoy some music? In the past, there was a need to prevent piracy. It’s here now, no matter what you do, so why not make it easy for those who pay?

What’s left now is a business model that holds on to old delivery methods that provide a poor yet expensive experience for paying customers. Why pay for a set-top box when your TV can do the streaming? Why should you pay differently for football from the guy across the border, whose TV signals you can receive?

What the TV industry needs now is a wake-up call, like when its prized content producers go direct to the new “platforms”. Amazon, for example, is producing its own shows for its Instant Video streaming service. YouTube had previously signed up Madonna and Wall Street Journal for its online channels as well.

You can almost hear the sneering from the more established content players. Yet, they know that good content is all that’s keeping people paying for set-top box rental and often overpriced local TV prices. A better way to deliver video already exists, and all it takes is for content creators to move away. 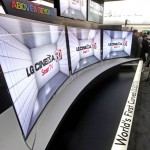 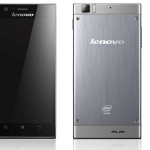