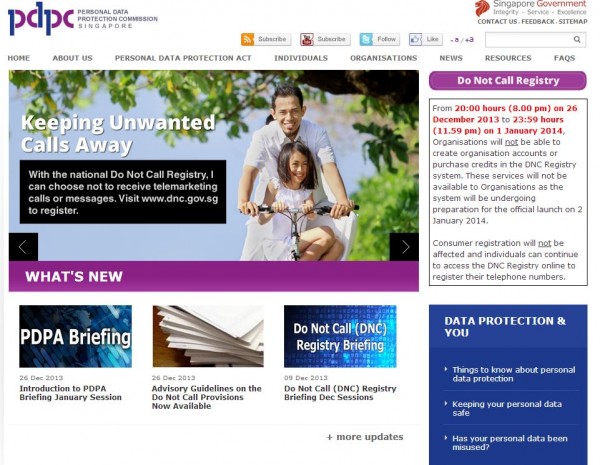 Just days before landmark privacy regulations are to come into effect in Singapore, the government regulator has suddenly changed its mind and decided it’s okay for companies to continue sending users telemarketing messages as long as they have an “ongoing relationship” with the companies.

Despite already saying no to such messages, phone users will still receive SMSes or faxes, say, to sign up for related services even after January 2, 2014, the day a do-not-call list comes into effect.

Simply put, the say-no-to-spam list that you have signed up this past month is not enough to keep annoying phone spammers away. You still have to unsubscribe individually to each company – just like before the long-deliberated privacy law had been drawn up.

If this sounds like a complete U-turn, the government regulator will remind you that the new exemptions it announced for companies today is meant for SMSes and faxes only. The do-not-call list maintained by the Personal Data Protection Commission will still bar companies from calling you if you have opted out.

But that is small consolation for phone users here, who have been clamouring for tighter controls over who may contact them for telemarketing purposes.

With the new exemptions, the do-not-call list has become a pale shadow of what it was supposed to be. What’s the point of signing up for a do-not-call list if you still have to say no to each and every spammer out there? Is saying no to the regulator not enough?

Strangely, the privacy commission now says there is a chance that people who are on the do-not-call list might miss out on “relevant information”, such as benefits from using a membership.

Well, users can always exempt organisations which they want to get messages from. If you like your telecom operator or favourite supermarket to keep reminding you of offers, you can just tell them so. That wasn’t enough, apparently, to the privacy commission.

It is supposed to be on the side of the public, to prevent spam from overloading users’ mailboxes and to let people say no to unsolicited marketing calls. Yet, it now finds it necessary to make a dramatic last-minute decision to make sure users receive information like membership privileges?

And this, after years of deliberation, feedback from the public and the industry, and having an important privacy law finally passed in Parliament last year.

Businesses have had 18 months to comply with the new rules. And going by the early rush to sign up to the do-not-call list, phone users here have been looking forward to the regulations to come into effect.

Now, these exemptions by the privacy commission have made a mockery of the progress made so far. In making a dramatic change in the very last minute, just as the new rules are to kick in, it has drastically reduced the protection that consumers have desired for years.

Worse, the move makes one question the type of decision making that is carried out for such important national matters. Why did the privacy commission, part of the Ministry of Communications and Information, deem it necessary to change its mind at the very end?

Indeed, Members of Parliament who debated at length before the Personal Data Protection Act was enacted last year should question if the latest changes are in line with how they had intended the law to work for the public.

Because, make no mistake, come January 2, 2014, spam will still be a problem for phone users.

NOTE: The article originally referred to the Personal Data Protection Act as anti-spam regulation. This has been changed to privacy regulation to avoid confusion with the earlier Spam Control Act relating to e-mail spam.

By Alfred Siew
Follow:
Alfred is a writer, speaker and media instructor who has covered the telecom, media and technology scene for more than 20 years. Previously the technology correspondent for The Straits Times, he now edits the Techgoondu.com blog and runs his own technology and media consultancy.
Previous Article SingTel’s mobile games store touts better discoverability, telco billing
Next Article 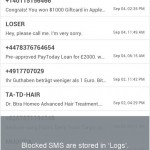