Organisations worldwide are expected to spend nearly S$635 billion this year to deal with issues caused by malware-infected pirated software, according to a study commissioned by Microsoft.

Carried out by the International Data Corporation (IDC) and the National University of Singapore, the study was released as part of a Microsoft campaign aimed at linking malware to piracy.

Consumers were not spared either, with the study expecting them to spend S$32 billion and 1.2 billion hours on computer fixes and security threats after installing malware-infected pirated software.

When surveying Singaporean consumers, the study found that Singaporeans were most concerned with loss of data, unauthorised Internet transactions and hijacking of e-mail, social networking and bank accounts. Despite this, a surprising 28 per cent of Singaporeans did not install security updates, leaving their computers open to cyber attacks.

Local government officials polled were also equally worried, with their greatest concerns being cybersecurity issues between trading partners, the impact of cyber attacks on critical infrastructure, as well as the loss of business trade secrets and competitive information.

“Buying legitimate software is less expensive in the long run – at least you know that you won’t get anything ‘extra’ in the form of malware” he added. 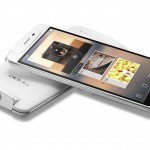