If you are tired of a Samsung, Sony or Apple, and want a smartphone that stands out from the crowd, the Oppo N1 just arriving in Singapore now may be something to check out.

Not many users here may have heard of the Chinese electronics maker, but the company has been renowned by home theatre buffs for the high-quality Blu-ray players it has put out in recent years.

In its N1 phone, it has tried to outdo the competition by coming up with the first swivel camera of its kind. Selfie kings and queens will love this camera, which can turn 206 degrees to switch from a back-facing shooter to one that points towards the user.

The 13-megapixel sensor with f2.0 aperture should please those who loathe the poor quality afforded by many of the front-facing cameras on phones.

One word that comes to mind for the N1 is simplicity. The user can simply swipe two fingers on the screen downwards and the music player will be activated. I can customise the phone, say, by scribbling the letter ‘F’ to easily activate the Facebook app without even firing up the phone screen.

The other notable feature is the inclusion of the O-Touch panel, similar to the track pad on a laptop. Located at the back of the phone, it allows much more convenient one-hand operation of the phone, which is much needed when the Full HD screen is no smaller than 5.9 inches.

During a quick hands-on test in Singapore earlier this week, I could easily scroll through photos just by using my index finger. There was no need to lift my left hand to hold the phone.

Performance wise, the N1 should not disappoint either. Despite the use of the 1.7Ghz Qualcomm Snapdragon 600 quad-core chip, a tad slow for a top-end phone, the Oppo N1 didn’t lag much at all when I tried it out.

To be sure, Oppo has its work cut out for it to create an impression in Singapore, where it will be the latest entrant in a crowded smartphone market that has already seen fellow Chinese phone maker Xiaomi make its mark of late.

The S$769 N1, however, does impress in some ways. This includes the included O-Click Bluetooth remote that can help a user locate the phone wirelessly, besides using it more regularly as a remote shutter button to fire the phone’s camera.

I’m also impressed with the interesting software widgets that Oppo has included. For example, a camera widget that is docked in one of the home pages gets you ready quickly for unexpected snapshots, without having to activate the camera app.

What’s also interesting is Oppo’s use of Colour, the company’s take on the Android 4.2 operating system that can polarise reaction. Significantly different from regular Android, it may require users, especially those who have much experience with Android, to get used to it.

The alternative is to install CyanogenMod on the N1. The tweaked version of Android, a favourite of many Android geeks, is fully supported on the N1. It can be installed via a downloadable app instead of the usual flashing of firmware with other phones. That’s a big plus if you’re into tweaking your Android phone. 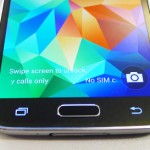