Just over nine years ago, TIME magazine named “you” as its Person of the Year. You, the one among millions of users on the Net, had grabbed the free digital tools online to become the creator of blogs, videos and songs that mattered.

How ironic it is that, as we enter the online world in 2016, you have become not the enabler but the product itself.


In exchange for these same free tools, which we depend on increasingly, we have surrendered our privacy, bit by bit, byte by byte, over the past several years.

To go to just about any website, you accept cookies that track where you’ve surfed to previously. And when you post photos on social media, they own what you share online. You may think you’re the creator, but your habits and patterns are now the product that online companies sell to advertisers.

Even as social media have connected long-lost friends and even warned people of natural disasters, the prevailing sentiment today is far different from the optimistic view of the future back in 2006.

Today you – the product – exist to fund the massive infrastructure needed to connect you up over Facebook or Google, for example.

A disclaimer is needed here – Techgoondu, as an advertising-based site, also provides content free for readers, and work with advertisers who fund our operations. But that’s the reality today: when the product is free, you the user inevitably becomes a product as well.

This really isn’t such a new or worrying trend – until now. Cyber attacks in the past two years have made it too common for end users to have their data leaked online. Yet, you have no way to opt out, unless you want to stay off the grid totally.

Banks have had their customer data stolen. Governments, as well. As cyber criminals become sophisticated, organised and focused on such attacks, there really is little that end users can do except to hope that these organisations they deal with digitally all year round have enough security to keep their personal information safe.

How bad, really, is it? Ask those civil servants in the United States who had their information stolen and are potentially open to blackmail, after an attack attributed to China’s hackers.

In 2016, it won’t be enough to set up your own personal defences – which will help a lot, to be sure. That’s because the sophisticated firewalls and cyber defences installed by your bank, government or online gaming network are more likely to be breached than not.

Ask any security professional, and he’d tell you it’s more realistic to assume a network has been breached and work to contain the damage, than to try preventing any intrusion.

Unfortunately, there’s no opt out button for you, the end user. If you are determined, you could get past a week without Facebook. What of the government services you need to check your retirement account, pay fines or renew a business registration? You have to be connected.

Speaking of governments, they are responsible for the many fears that users have today. With Edward Snowden’s revelations, people are just beginning to see how vastly and deeply the American government had invaded online services.

It’s not alone, of course. China just last week passed a law that enables it to force tech companies to help unscramble encrypted messages for anti-terrorism efforts. Allegations of Beijing’s previous efforts at hacking opponents to the regime don’t give users confidence that the law would be applied to would-be terrorists alone.

That is the sign of the times, unfortunately. Far from the utopia of a connected, unified online world of just under a decade ago, the Internet has become a fertile ground for cyber criminals and organised state players to steal information from users. And you can’t say no easily.

All this is not to say we should return to the pre-2006 world, before YouTube and Facebook. There are neo-Luddites who want that, but that’s a no-go for most users today.

Rather, their wish for 2016 would be a confidence booster in the form of better defences against cyber intrusions on their personal data. In trusting the Net with all their e-mail, photos and videos, they only wish they don’t have to worry constantly about their digital lives being stolen so easily.

Far from the social equaliser that it has long been seen as, technology has been cast as the bad guy this past year.

From taxi drivers protesting Uber to the opposition to Facebook’s free Internet drive in India, technology is no longer the unblemished catalyst of social good it once was.

Certainly, in 2016, you the end user will find a lot to be concerned about. You will love the new technology coming your way, but it will no longer be with the wide-eyed awe of before. 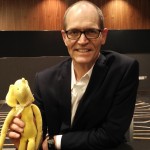 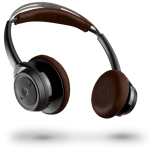