Of all the telecom operators “lauding” the merger of Singapore’s media and infocomm regulators today, StarHub’s Tan Tong Hai probably said it best.

It’s no longer possible to draw a clear line between the two areas, said the “green” telco’s chief executive officer. Yes, the message is the medium today.


What’s left unsaid by polite press statements is the relief that the industry probably feels about no longer having to deal with two separate regulators for matters that are increasingly hard to separate.

Matters to do with fair competition and Net neutrality, for example. When you stream a video over the Internet, you are consuming the content over a broadband link. One needs the other to work, so the rules in both areas have to be consistent.

There’s more. As Singapore develops smart nation technologies, where does the network end and where does the content begin? Both will be integrated so closely that the whole collection, transmission and consumption of data and content will be hard to separate.

A central authority can see the big picture – and act decisively – to realise the country’s ambitions of using infocomm media to transform its economy and society.

Back in 2007, when Singtel first got into the pay-TV market with mio TV, it was mightily upset at how unprepared the media regulator was to foster a level playing field.

After more than a decade of monopoly with its cable channels, incumbent StarHub held on to exclusive contracts with TV content companies, forcing Singtel to either pay top dollar to get some programmes or make do with less popular ones.

Singtel had reason to feel aggrieved, because when the telecom market was fully liberalised in 2000, its market power was pegged back by an arguably more aggressive IDA.

Why, it might have asked, were there a set of rules for media and another for infocomm when both telcos competed on both fronts?

That question would linger on for years. Perhaps the bitterness never left, especially in 2013 when a much stronger and aggressive Singtel was forced to show its prized Barclays Premier League matches on StarHub’s cable TV channels.

Had the media and infocomm authorities been more aligned then, the regulation of the quickly converging sectors would surely have been more consistent. Fairer too, Singtel could argue.

But that’s water under the bridge for most people. Today’s media regulations for pay-TV are a lot clearer and pro-consumer than before.

At the same time, well-thought out infocomm regulations have helped plant the seed for Singapore’s nationwide fibre broadband network. Indeed, how the telecom market has become a lot more competitive yet sustainable in the past few years is a subject of study for regulators overseas today.

Which means it’s a good time for the Singapore regulators to merge. You want to start from a stable platform instead of trying to juggle a re-organisation while tracking fast-changing market trends.

In the United States, the Federal Communications Commission handles a wide spectrum of issues. The same for Britain’s Ofcom. Singapore should also benefit from having a single consistent rule-making authority, the new Info-communications Media Development Authority.

Consider what it would be asked to regulate. How should the data collected in a smart home be handled, for example? How can new players such as Netflix come to Singapore and provide more content choices while competing on a level playing field with local players?

While some things become more complex, others are becoming simpler. For example, regulators may not be slicing and dicing the rules to fit how content is delivered, say, over the Net or on a disc at a video shop. Everything will come over the Internet.

The hope is that the new regulators will take a light-touch approach. This provides the freedom for a market to correct itself where possible and hands over autonomy to consumers to decide what they want to watch or read.

By Alfred Siew
Follow:
Alfred is a writer, speaker and media instructor who has covered the telecom, media and technology scene for more than 20 years. Previously the technology correspondent for The Straits Times, he now edits the Techgoondu.com blog and runs his own technology and media consultancy.
Previous Article Netflix to show on StarHub Fibre TV from Q2 2016
Next Article 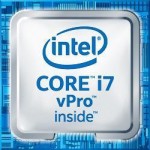