When Singapore’s new 10-year plan for the infocomm and media industries was unveiled last week, one big issue it faced was how uncertain and unpredictable the future was.

Here was a blueprint, the latest in a series of decade-long plans, aimed at steering the Singapore government and private sector into areas that would be big in the years ahead, such as data analytics and immersive media.

Yet, who knows how things will pan out in the next five years, never mind 10 years? Facebook is only 11 years old. Apple only launched its iPhone eight years ago.

Koh Boon Hwee, chairman of the committee that drew up the Infocomm Media Masterplan, said as much in his message prefacing the report.

It was a “living” reference, he noted, at a time when disruptive and unpredictable technologies and killer apps will emerge and redefine the digital landscape.

Then why plan? Because there needs to be a coherent strategy to guide both the public and private sectors, even as they experiment with the unusual and stride into unexplored fields.

Indeed, much of the report is about a future where today’s nascent technologies will develop into a big part of everyday life.

Data analytics, for example, can be used for teachers to find learning trends from the assignments they mark. Instead of manually looking for weak points for each student, teachers can get better insights from an automated process.

This may also allow for customised learning. So students will only be asked to work more on the areas they are weaker in. Teachers also can decide to devote more time on areas where students require more help in.

Of course, this is a much simplified scenario. In the end, only teachers can decide if technology is the answer. If it adds to their workload, it could end up impacting the meaningful hours they spend with students instead.

Using location-based services and social media, retailers can let send a mobile voucher to a shopper to buy a blouse at a store if she’s nearby or have the item sent to her later.

At the same time, urban logistics can get a lift if logistics companies collaborate and share resources optimally, the report adds.

With a live urban logistics system, delivery trucks can consolidate the goods for a location instead of being sent out without a full load. Drones can also be used in future, as Amazon is testing in the United States.

These are two areas that will come into play more, as e-commerce booms in Singapore. Certainly, with better planning, the trips that delivery trucks make can be reduced or optimised to avoid adding to the worsening jams in the city.

Yet another area that Singapore plans to explore is immersive media. In particular, language translation will come in handy, say, when it comes to watching TV in different languages.

Real-time translation is something that is still challenging today, but which could improve with machine-learning technologies, the report suggests.

Broadcasters, for example, could show a programme in Mandarin and have it translated into Malay or English on the fly. Alternatively, they could have real-time subtitles.

The same technology could work for e-government services. Singaporeans calling in for help in their native language could have it translated into English, for example, if the staff on the line does not understand it.

The masterplan is not entirely new, to be fair. A summary had been published months ahead. Plus, many of the plans include Singapore’s push to be a smart nation, which the government had unveiled earlier.

Yet, it addresses areas that Singapore had missed out on earlier. Manpower development, through the learning of coding skills from young, is a big area.

In many ways, the report reflects the challenges ahead. The last time the government unveiled plans the infocomm sector for the 10 years leading to 2015, it identified a nationwide fibre optics network and wireless hotspots as the areas to sink money into.

That has brought about the basic infrastructure in recent years. It has also allowed Singapore to close the gap on regional rivals such as Hong Kong and South Korea in terms of the underlying foundation for a digital economy.

The next 10 years will not be as straightforward. With the digital highways in place, now comes the question of how best to use them. 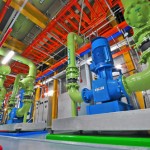 Asean CIOs are among the most forward-looking IT leaders, says HDS
Next Article 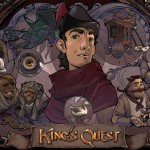