Visitors to Singapore often say they can’t recognise the city if they don’t visit for a few short years. Its own citizens say the same, if they’ve left town for too long.

It’s not just the skyscrapers sitting on newly-reclaimed land that have reshaped the marine vista. Nor is it only the eye-wateringly expensive sports cars that zip around the small island that have transformed things.

Rather, the biggest change has always been the constant flux that Singapore finds itself in to stay as the centre of the buzz, the hub of the region.

Staying relevant is surviving – an instinct instilled from a difficult birth 50 years ago. Today, as it celebrates its golden jubilee, it is seeking to do the impossible once again, by tackling the difficult issues plaguing many developed nations.

Facing worse jams over the years despite heavy taxes on car ownership, Singapore is testing autonomous cars that drive themselves in the Jurong lake district.

In a greying country with 900,000 elderly by 2030, seniors can live more independent lives if smart sensors on test now can help family members detect any falls and better assist them remotely.

And finally, the biggest bugbear in recent years – immigration – can be better tackled if Singapore’s productivity increased through innovation.

Fewer workers, for example, would be needed to work on the city’s endless construction projects if companies would automate tasks with machinery instead of relying on foreign labour that was previously easy to hire.

More importantly, the country is putting its faith in technology being the catalyst for the deep, sustainable growth it seeks.

Not the “growth by numbers” strategy of recent years that requires the population to be boosted, partly through immigration, from the current 5.4 million to 6.9 million by 2030, but one that requires risk, not just safe bets.

Part of the vision is becoming the Silicon Valley of the East. It’s not a new strategy – Singapore has always been big on technology – but this time it’s the people that will make the big difference.

Not just by attracting the Eduardo Saverins, either. The co-founder of Facebook is known to lead a party lifestyle in Singapore, while also investing in a number of local startups.

But it’s the next generation of Singaporeans who could make a difference. Learning to code from young, to build things with their hands and invent something rather than buying it off the shelf – these are skills encouraged in Singapore schools today like never before.

Unlike their parents, they are not groomed simply to fill the factory floors of tomorrow’s electronics firms, or to be the next banker in a global financial system that Singapore is a vital cog of.

Ultimately, being a smart nation is having smart people who can adapt. Prime Minister Lee Hsien Loong said as much in April, when he told visiting investors that people have to step up to make things happen.

This maker culture, after all, is what made the Apples, Hewlett-Packards and Microsofts of the world.

From small garages have great innovations been wrought and Singapore’s hoping to deeply ingrain a culture that has been missing from the country’s stellar growth in the past 50 years.

Singapore has always been a star. Despite stories of its rise from a “backwater” to global metropolis, the city has always had the latest infrastructure, like when the docks were lit with electric lamps in 1878 for the first time so work could be carried out at night.

Today, the country wants to go beyond being a safe harbour. Its growth has always been fuelled by an attraction of foreign capital – human and financial – to these shores to germinate and grow.

As an Asian Tiger in the 1970s and 1980s, Singapore rode the global home electronics and personal computer waves. As education levels rose, many assembly line workers’ children rose to become engineers, managers and leaders at the biggest electronics firms.

Yet, it is telling that there were few Singaporean-led innovations in these areas. From South Korea grew today’s world beaters Samsung and LG; from Taiwan came Asus.

Singapore has Creative Technology, a pioneering company that succeeded without the generous grants and capital available to startups here today, but even it is a shadow of its former shelf.

When the hard disk industry went into the doldrums in the 2000s, Singapore was hard hit. As manufacturers took flight to lower cost countries such as China, Vietnam and Thailand, entire factory floors of staff lost their jobs.

Many engineers, some in the 40s and 50s and too young to retire, have to turn to driving taxis – one of a few professions still reserved for Singaporeans – to make a living.

White collar executives are now told to retrain, in a familiar refrain aimed at their blue collar brethren in the past.

The reason? The higher you climb, the harder you fall. Many Singaporeans are not ready for the fast changing boom and bust cycles that they were sheltered from previously.

That is one reason why the country’s smart nation vision is even more important today. An invention that stands the test of time could generate more sustainable, stable revenue than one that relies on the seasonal demands from big clients such as Apple and Samsung.

Already, there have been success stories. Singapore’s Hyflux has always been lauded as an innovator in salt water desalination technology that is not only world-beating but also solves the country’s pressing need for water.

Innovation has never been entirely foreign here, to be fair. Before today’s snazzy startup scene, the country had plumped for water technologies, life sciences and interactive digital media in the early 2000s to jumpstart things.

Singapore-made cancer drugs have gone into clinical trials while the Republic’s animation work has been shown on TV globally.

But the biggest change now is in the country’s approach. Just as it has become a model for the developing world, Singapore is seeking a new path – through innovation – to overcome the problems of many a developed nation.

There’s no quick fix. Unlike the roads, airports and big factories that had propelled Singapore’s original ambitions, the next 50 years’ success will depend on how its people develop as innovators.

This takes an entrepreneurial streak, probably the kind that took immigrants to Singapore in crowded boats originally but which has been missing of late. It requires risk.

This time, expertise cannot just be imported but grown and nurtured from young. In a smart nation, Singaporeans have to transform from being users to creators. 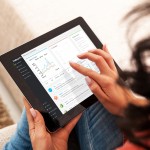