When I first got my hands on the Oppo R11s a couple of months ago, the first thing that caught my eye was the screen size. Revisiting it again recently, I was attracted to the large 6.01-incher screen again.

The Full HD AMOLED display using the 18:9 ratio didn’t feel big at all because the Oppo has one of the thinnest, if not the thinnest, profiles around. The bezels at the sides are minuscule, apart from the larger unused space at the top and bottom of the screen.

As slim phones go, this is one that will appeal in the looks department. However, if you prefer a slightly heftier one that gives you better grip, the R11s may not be as attractive.

Another thing that attracted me to the R11s was its audio capabilities. The headphone audio jack is here, thankfully, unlike on Apple and Google phones of late.

Besides plugging in earphones to listen to streaming music or for Netflix videos, I can use the jack to connect a simple shutter trigger for the phone’s camera.

Yes, there are wireless Bluetooth shutter release controllers but when timing is of essence, having a wired solution trumps wireless anytime. And, that’s without bringing out a USB Type-C adapter along.

When it comes to unlocking the phone, the fingerprint scanner at the back lets you access it easily. Since it’s not easy to hold a skinny phone securely, it’s great to be able to scan my finger without the risk of dropping the phone.

The R11s also recognises your face, rather like the iPhone X, so you can use that to unlock the phone as well. For me, this works pretty fast most of the time. It was quick even when I presented my face in a semi-dark environment.

Since the R11s is touted as Oppo’s flagship camera phone, I did some quick shots with it to see if it lives up to the billing.

For the main camera system, it sports a dual-sensor system, with 20- and 16-megapixel sensors matched with a dual f1.7 aperture.

The 20-megapixel camera can even intelligently manage the sensor to capture more light. This makes portraits look good even in dim light, according to Oppo.

The night shots show that the R11s does fairly well under the dim conditions. My ramen looks appetising under the typical restaurant lighting and pictures are generally not too shabby if you are not “pixel peeping”.

On closer inspection though, the ISO noise is a bit more evident and the images are not as sharp, as a result. I can’t find obvious improvements even though Oppo says the camera ‘intelligently synthesize’ the pixels to capture better night shots.

As for the front-facing selfie camera, it is a mixed bag. It can be a bit over-eager to beautify the subject to the point of showing reddish, smooth baby skin.

On the whole, the Oppo R11s functions well. It has ample storage space with 64GB on board with the option to expand it to 256GB using the memory card slot.

The 6GB memory is definitely helpful when doing some heavy lifting on the phone. However, the use of the Qualcomm Snapdragon 660 processor – a decent mid-end chip – may prove to be a deal breaker for folks seeking the fastest performance.

The use of a less powerful processor usually won’t be a huge issue but the phone is retailing at S$699, a little too close to slightly older but still zippier flagships from rivals.

The Samsung Galaxy S8, for example, uses the Snapdragon 835 and can be had for S$830 now. Even the newer Huawei Mate 10, launched late last year, is going at about S$750 on some online shops.

Of course, that’s not a concern if you don’t bother with specs. Thin and light, the R11s is an attractive phone to hold. I just wish the photo quality could live up to the Chinese phone maker’s promise. 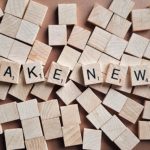