Businesses and consumers in Asia-Pacific faced a 10-fold increase in ransomware attacks in 2017, an alarming jump from the previous year that reflected cyber criminals’ latest preferred method of attacking victims, according to cyber security firm Malwarebytes.

Around the world, users faced a 90 per cent increase in ransomware attacks, the company said in a report on global malware threats last week.

Ransomware was the weapon of choice for cyber criminals in 2017, it added. One reason, it explained, could be that cyber criminals are seeking a more effective form of attack, for example, through the damaging attacks like WannaCry.

“While Asia-Pacific hasn’t been a major target in the past, the data we are seeing leads us to believe that ransomware, worms, and spyware attacks will become a major threat in the region,” said Malwarebytes’ managing director for the region, Jeff Hurmuses.

Throughout the year, the company analysed the threat faced by users as well as from “honeypots”, computers set up to draw attacks to study them”, to come up with its report.

In Singapore, it detected a 95 per cent increase in ransomware that threatened users and consumers. This is consistent with the global increase, but lower than the region’s numbers.

Malwarebytes did not elaborate on the reasons why, but what’s clear is that the threat of ransomware, which spreads quickly across the globe through infected machines, is often hard to contain. It is also costly to recover from, as last year’s attacks show. 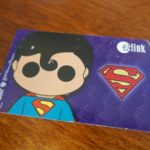 Well past time that ez-link and Nets cards are truly interchangeable, starting from a hawker centre
Next Article 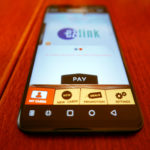