As much as S$2.1 billion will be spent on blockchain solutions in Asia-Pacific by 2022, as the technology picks up steam in the region, according to research firm IDC.

The figures reflect the growing understanding and adoption of the technology, which offers a trusted way to hold information and transact securely. IDC’s numbers for Asia-Pacific exclude Japan, which is a major player in blockchain.

Though less well-known than the cryptocurrency that depends on it, blockchain can be used in many scenarios by removing traditional middlemen in financial transactions or providing a reliable way to hold records, such as contracts.

In the region, the technology has been used mostly for cross-border payment and settlement, trade finance and regulatory compliance, according to IDC.

Unsurprisingly, the industries spending the most on blockchain are banking, discrete manufacturing and insurance.

Banks are testing out blockchain technology as an alternative way to handle transactions in future, while manufacturers and insurance firms can use it to keep reliable records of processes and transactions.

Since no single party holds all the information in a blockchain, it is hard to falsify. This element of trust is one important promise that the technology holds for many organisations

The region is still in its nascent stages of adoption after receiving skepticism earlier because of its security issues, said Swati Chaturvedi, a senior market analyst at IDC Asia/Pacific.

“Now, this digital ledger technology has grown beyond borders as we have seen governments, central banks and financial institutions in countries like India, China, Singapore, Australia, South Korea, among others, test out pilot projects to reap maximum benefits,” he pointed out. 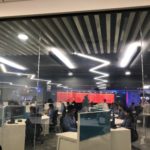 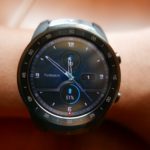