Blockchain technology has been linked with many things of late. From cryptocurrencies like Bitcoin to automated smart contracts, it has rightly been held up as a catalyst of change.

What hasn’t been said as much about the groundbreaking technology is the trust that it can engender.

As an open ledger that is controlled by no single person, it is a way to ensure that all parties connected to it can be certain that the data on the ledger is genuine and authentic.

This is why people trust cryptocurrencies that operate without a bank. They trust the open ledger that unfailingly records the amount they own and the transactions they have made.

This trust that’s worrying some of the world’s biggest middlemen – banks – can also be used in vastly different scenarios to cut out the middlemen.

In global trade, for example, middlemen have always been at the centre of transactions. If you cast a casual eye at the global supply chain, you’d see that it is made up of many manufacturers, suppliers and buyers that connect based on trust.

A toy that is made in Hong Kong, for example, may have parts that originated from other parts of the world. Once made, it is sent to regional distributors to deliver to retailers globally.

Key to this is the trust that each player in this supply chain has with the people they deal with. The manufacturer trusts the supplier to deliver its raw materials on time for it to complete an order. Suppliers work with people they trust to pay on time, so their cashflow is not impacted.

How does blockchain figure into this? Well, if all the suppliers are connected on a common ledger, they can easily assess the trustworthiness of a potential partner.

On the record would be previous transactions showing how fast a company had been paying suppliers in the past, or if it had delivered the goods on time. This is track record in its truest form. It beats flattery from friendly testimonials.

In other words, suppliers and buyers can seek out trustworthy partners a lot more easily on a global supply chain. There is no need to seek lengthy referrals or ask a friend of a friend for a recommendation.

For small and medium businesses (SMEs), the blockchain information is also a way for them to show how creditworthy they are. If they always pay on time, they should be able to access larger loans.

What does this mean for Singapore? In a globalised world, the Republic has been a trusted hub for trade, finance, industry and so much more.

A historic meeting between the leaders of China and Taiwan had been held here. As will one between Donald Trump and Kim Jong Un on June 12, unless things change again.

What blockchain brings is a disruption to the role of middlemen. No, it will not mean that Singapore suddenly loses the trust it has gained since its inception as a trading post in the 1800s. But it has to be wary of the changes.

Corporations, for example, may be freer to determine who they trade with. Many may not be dictated to as strictly as before by regional hubs that are based in Singapore, so each country in the continent, for example, may be open to securing suppliers from around the globe.

They can bypass Singapore as a processing centre, for example, for making orders. Or, even for making payments.

Similarly, the decentralisation that is possible with blockchain means that companies can seek out one another around the globe without, say, setting up base in a trusted hub like Singapore.

Sure, you can understand why companies like to be in Singapore. They can earn their money in larger markets such as China or India but they have regional headquarters here because they trust the financial and political stability in Singapore.

Blockchain won’t change that. However, it does threaten the role of middlemen – those processing the shipping of goods or payments, for example, will need to find new value in a network that helps bypass them.

In the same way, all companies on the global supply chain will be competing for a slice of the action. Local players that were shielded from competition in the past would need to ramp up.

With transparency, there is nowhere to hide. The trust that existing players have earned over the years will be challenged by rivals that are hungrier and more eager to show on record that they should be the ones to do business with.

Of course, there is a chance that blockchain fails to impress. Yes, despite the hype, it is often still a work in progress, a trial or a proof of concept.

But its impact will be huge the day it is better understood. Its potential to disrupt is clear by now but when people see the way it can build trust between new partners, it could bring change to how they do business. It could change how trust is built.

For a country that has always been a middleman in global trade, Singapore cannot ignore this. If being a hub is the basic strategy, the Republic has to ask what role it will play in a new network without any central player.

How will it retain the trust, that invaluable currency, when a blockchain starts to build new links between previously disparate players? 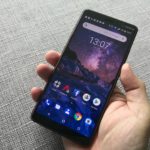 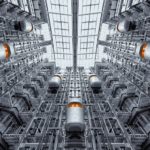