Real time fraud detection is becoming an important capability sought after by merchants and financial institutions, as they seek to tap on the explosive growth of e-commerce in Asia.

The region is where 50 per cent of the global online transactions are expected to take place in 2019, according to a recent poll by Fico, a United States-based data analytics company.

Consequently, almost three in four banks in Asia-Pacific anticipate that fraud in their country will increase in 2019, it said last week.

A key area of concern is card transactions that are completed when neither the card nor the cardholder is physically present. This is common for online transactions.

Giselle Lindley, principal fraud consultant at ACI Worldwide, said the challenge is to take action at the point when the fraud is taking place and to do it in a way such that customers are not annoyed. ACI Worldwide is a leader in banking and payment solutions.

“We need to be considerate to the experience of the customer,” she said, adding that merchants, credit card issuers and banks need to more accurately pinpoint the fraud as investigations of transactions can annoy customers and waste their time.

“The key is to look at fraud through the eyes of risk management,” she said in a recent interview with Techgoondu.

Risk management calls for a balance between good customer experience like a smooth credit card transaction, alongside a highly accurate predictive model for instant fraud detection.

To do this, risk and fraud analysts have to determine whether an event such as a credit card purchase occurs outside of the normal circumstances or habits of the person using it.

When a user who only uses her credit card to buy groceries online suddenly purchases gadgets in a store in another country, the alarm bells might start ringing.

“The key is to understand as much of the customer as possible. The IP addresses they use, their spending pattern, even the speed with which they fill forms and move the computer mouse are data that build customer models,” said Lindley.

“By ingesting myriads of data, those actions that are good indicators of genuine activity can be identified,” she noted, adding that this reduces false positives and improves accuracy.

With the analysis provided by the data, merchants or banks can explain to customers that certain transactions were stopped because the data highlighted potential frauds taking place.

Previously, the analysis for fraud detection often arrived after the transactions took place, making it difficult to track down the fraud and catch the culprits.

Lindley added that the arrival of mobile solutions like peer-to-peer payments among consumers and between consumers and merchants, real time fraud detection has taken on greater urgency.

Financial institutions, merchants and mobile payment platforms have to protect customers or face reputational and financial loss, she said. 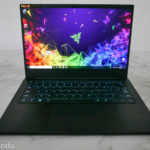 Goondu review: Razer Blade Stealth 13 lets you catch up on games on the go
Next Article 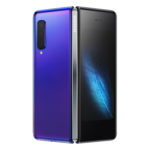