5G has go beyond being a speed boost to be a “public utility” that brings innovative new applications and services to Singapore, according to the head of the country’s government regulator.

The city-state sees a different use for 5G from other places, where the nascent cellular technology has been used for connecting homes to high-speed Internet services, said Tan Kiat How, the chief executive officer of the Infocomm Media Development Authority (IMDA).

The 5G networks will have to deliver capabilities such as full network slicing, ultra-reliable low latency, support for massive numbers of devices and greater intelligence at the edge, he told an industry audience at the opening of the ConnecTechAsia show today.

The world’s first commercial 5G networks went live in the United States and South Korea last month. Though only a handful of smartphones were able to connect to them, a number of new devices from Samsung, LG, Huawei and Oppo will be arriving in the months ahead.

Singapore expects to have 5G services out by next year, with two nationwide networks to be up by then and likely shared by a number of virtual telecom operators.

Last month, IMDA called for a second consultation to hear feedback on the 5G regulatory framework and spectrum allocation. It also has decided that Singapore’s networks should be built on “standalone” architecture instead of piggybacking on existing 4G infrastructure.

This could be higher costs though it also promises to connect as many as one million devices per square kilometre, a 1,000-fold increase over the capacity of 4G networks, according to a Today report. 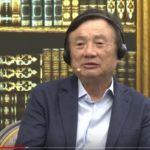 Facing a wipeout of US$30 billion in revenue, Huawei needs a way back into global market
Next Article 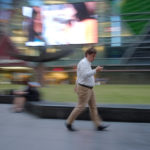