In its push to be among the world’s first “smart nations”, Singapore is doing something refreshingly smart – carefully considering what data should be shared.

Instead of slavishly buying into technology vendors’ latest promises, the city-state is mulling what the potential minefields are in allowing for free-flowing data, according to The Straits Times.

The minister in charge of Singapore’s smart nation programme, Vivian Balakrishnan, said yesterday that the government had a duty to fend off potential criminals who might abuse the data.

Though he did not say if any new regulations are required, the protection of private information is clearly on the government’s agenda as the push for a smart nation gathers pace.

The country has recently outlined plans to place sensors islandwide to measure anything from air quality to traffic conditions, to improve the lives of citizens who have had to contend with overcrowding in recent years.

Government agencies have also released public information, such as the population sizes of certain townships, to encourage the private sector to create innovative services based on the information.

While this are positive moves, the worry always with the Singapore government is it can often over-achieve and overdo things. A number of questions persist even as the country becomes more open with information.

One is the safeguards that government agencies have in place for the various types of information it holds and what it intends to share in public.

Sure, anonymising the data could be one way of protecting individuals, but there needs to be stronger guidelines on what information is considered sensitive and what can be released.

There are some guidelines in place for government agencies, as Techgoondu understands, but these need to be consistent across the whole of government and updated constantly to reflect the changing norms and expectations of citizens.

Last year, a lack of coordination and awareness of security threats showed in an embarrassing breach of more than 1,500 SingPass e-government accounts.

Though some agencies, such as the Monetary Authority of Singapore (MAS) had strict guidelines on sensitive transactions, such as those involving financial information, many others such as the tax authorites, rely on much less secure SingPass logins.

While SingPass was easy to use when launched in 2003, it has not kept up with the changing security threats over the years, even as government agencies tapped on it to offer some 340 e-services.

This build-and-forget approach has to be avoided when it comes to this next big smart nation project that involves the sharing of citizen data.

Government agencies cannot be allowed to be lax in their safeguards. Whether they are dealing with public utilities or land transport, every agency has to be aligned in understanding the dangers of inadequate data protection measures.

Will one agency protect its precious trove of citizen information carefully only for another to share its sensitive data absentmindedly, in the name of building a smart nation?

Let’s not forget that the Singapore government is not bound by the new private data protection laws just set in place recently for the private sector.

Where’s the redress for citizens if they suffer from a privacy breach when it occurs on the premises of the most trusted guardians of their data?

If the government’s role brings several questions to the fore, then what of private companies gaining from the information released to the public?

If you believe that data is the new “gold” in the information economy, would this opening of the floodgates bring private gain for private companies while burdening the public with the risk of privacy breaches?

Questions of equity are topmost on the minds of citizens these days whenever a public resource – in this case, data – is given out freely to the private sector.

The Singapore government will do well to consider how citizens will react to what’s essentially information about them being handed out openly.

All this is not to say that data should be kept secretly in silos. Public good can clearly be produced from public information and Singapore has been releasing good data over the years (here’s an example).

Yet, when this is tied to ambitious promises to transform the lives of citizens, the efforts have to bring real benefits.

Singapore has often been touted as a great “testbed” for new technologies, because of its open economy and multi-racial makeup that offers a slice of Asia.

But no citizen here wants to be part of a smart nation experiment that doesn’t help make life better for him. 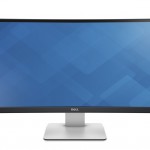