With storage being so cheap these days, it’s little wonder that many consumers have racked up years of data on dozens of hard disks and other storage media.

Clearing my study room of junk last week, I stumbled upon as many as 10 hard disks and solid state drives that I had accumulated over the years. Some were stuck in old laptops, while others came loose after I upgraded my PCs and network drives.

Why have I kept them? Well, I never found a way to dispose of the data satisfactorily. As you should know by now, data stored on a hard disk isn’t completely deleted when you drag a file to the trash icon or even if you format it.

To get rid of the data or wipe things clean, you can do one of three things – put it through a very strong magnet, run specially built software (see a tutorial here) or physically destroy the hard disk itself.

Some companies, such as financial institutions, use more than one method. They may wipe the hard disk first with software to destroy all the data onboard, before physically destroying it.

To do this, they turn to a specialised service provider, like Shred-it in Singapore to literally punch a hole in the middle of a hard disk. To be really hardcore about it, the metal can then be shredded until there is no way to put the disk back together again.

I didn’t go through with that, since my data is probably only some old passwords and other personal information like pictures. Instead, I decided to bring down my hard disks during a meeting with the Shred-it folks to have them destroyed.

Essentially, a steel column is rammed through the hard disk’s platters, which store the data, destroying them physically. They can be shredded if you request it, but short of burning the thing to ash, this is as good as never seeing the data again.

Shred-it offers the service mostly to corporate customers, but increasingly, it says it is also having consumers ask for the secure destruction of their hard disks.

The cost varies, so if you bring a couple of hard disks in to the Shred-it office, the cost is between S$100 and S$200 to set up and destroy them. Subsequently, each disk will cost S$20 to destroy.

Do note that the price will shoot up – on a case-by-case basis – if you ask the professionals to bring their machine to your office to destroy the disks. It’s all to ensure that data doesn’t get leaked out.

So far so good for hard disks, but what if you have solid state drives (SSDs) instead? Unlike the magnetic disk technology used in older hard drives, SSDs store data on memory chips so it is not as simple as physically cutting them into pieces (some of the chips might survive).

In this case, use the utility software that a manufacturer usually offers with the SSD to securely reprogram or wipe the data. Samsung’s SSD tool, for example, is called Magician.

If your SSD is used for running your operating system like Windows, you’d likely be asked to create a boot disk to restart the PC before the drive can be wiped.

Of course, after this, if you wish to punch a hole in the drive, you can still do so. Perhaps more importantly, don’t forget to dispose of your e-waste at the right places after destroying the drives.

The National Environment Agency has a list of places where you can throw away your PCs that have been stripped of their drives, for example. The same for whatever is left of your hard disk or SSD if you had decided to physically destroy it. 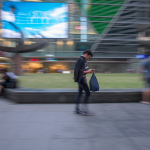 Half of Singapore to have full-fledged 5G coverage by 2022, in “pragmatic” approach
Next Article 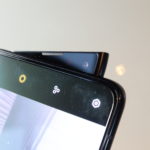