The deployment of public cloud services will help create 22,000 new jobs in Singapore, while boosting the country’s gross domestic product (GDP) by US$31 billion in the next five years, according to Boston Consulting Group (BCG).

The management consulting group said in a report a fortnight ago that the new jobs will be created across all industries, as the technology becomes more commonplace among organisations.

Ninety per cent of the impact will be generated by businesses experiencing higher productivity gains and new revenue accrued to enhanced capability to use new technologies which in turn, leads to faster roll out of new products and services.

Only 10 per cent will be generated by the cloud service providers and technology services themselves, BCG noted.

The 22,000 new jobs – close to 3.5 per cent of the current infocomm technology workforce here – will also be created in the same period across all industries, said the report.

Eight thousands of these jobs will be data scientists, engineers and infrastructure management specialists and other highly skilled digital and tech-related roles.

BCG managing director and partner Prasanna Santhanam said in a media briefing that Singapore is the most advanced public cloud market in the Asia-Pacific region.

“Financial institutions are also leading the way,” he said. “Banks are moving their core banking apps to the cloud.”

Digital-native startups such as Grab and Property Guru are also among the key drivers of this market, he noted, adding that their ability to leverage computing resources and new tools like machine learning in the public cloud lets them grow bigger quickly.

The BCG report covers the public services market in six countries, namely Australia, India, Indonesia, Japan, Singapore and South Korea. The study was commissioned by Google, which has a large cloud business of over US$8 billion.

For the report, BCG held in-depth discussions with experts and senior executives across various industries and surveyed over 1,000 IT decision makers in the Asia-Pacific region, including more than 120 from Singapore.

Using the inputs from the discussions and survey, it then developed comprehensive econometric models to estimate the impact to the GDP and employment of the six markets as a result of public cloud deployment.

In these six countries, the economic impact of public cloud services deployment on their GDP is no less than US$450 billion, leading to the creation of 425,000 new jobs, said the report. Industry users will be the major source of GDP contribution and job growth.

Tim Synan, regional director of Southeast Asia at Google Cloud, said at the media briefing that its customers in the region included tech startups, government and telcos.

“Customers use Google cloud because they trust our services. We’ve security and reliability built into the devices and chip sets in our data centres,” he said.

“Google runs the world’s largest private fibre network that connects all our data centres, which means we can provide security for cloud services at scale,” he added.

In Singapore, the BCG report said that digital-native businesses are the largest users of the public cloud. It cited mobile classified marketplace Carousell as an example.

The company has more than 80 million listings and undertake one billion chats. It uses the public cloud infrastructure for data storage, virtual machine instances and scalability during heavy traffic situations.

New tools in the cloud like messaging and advanced data processing also provide a reliable and efficient back-end infrastructure to support the businesses.

Using the cloud allowed Carousell to do more with less. For instance, a five-man team instead of 30 is working on system reliability. Availability time has also improved from 90 per cent to 99.99 per cent.

Looking ahead, the BCG report indicated that the economic impact of public cloud services in Singapore depends on the success of its smart nation initiative to create better living through technology as well as the continued progress of industries’ digital transformation efforts.

However, the economic impact will be scaled back if there is insufficient digital talent to meet the demands of this market or if Singapore loses its status and relevance as an important regional digital hub. 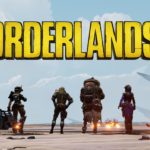 Goondu review: Google Pixel 4 is the ultimate machine for the Android warrior
Leave a comment