If you think that your home is already stuffed with too many connected devices in this era of Internet of Things, engineers from the National University of Singapore (NUS) now want you to get ready for what it terms “The Internet of Electricals.”

That involves a network of smart electrical sockets that actually promise to simplify how you control the increasing number of smart appliances, such as connected refrigerators, TVs or air-conditioners.

With a chip embedded in each socket, this Smart Electrical Outlet/Socket (SEOS) can monitor how much power is drawn by the devices it is delivering electricity to. It can even act as a “firewall” to prevent unauthorised devices from powering on.

To get started, users have to replace the faceplace of a conventional socket with the SEOS faceplace. They have to label the power plug of appliances with electronic “stickers” that use near-field communications to help the system recognise them through a database.

So, instead of connecting a smart chip or add-on computing unit to every regular appliance, as is common now, a socket alone can add the smarts to several devices at once.

This, argue the NUS researchers, will help optimise energy use throughout a building or even across buildings. TVs don’t have to be perpetually on standby mode, for example.

That’s because each socket will be linked via Wi-Fi to a central computer, which can handle the data coming in from a network of smart sockets and optimise the power usage.

“The current trend is to put a computing unit in every new appliance, which generates a lot of e-waste and drives up costs, so we are avoiding that,” said Dr Krishnanand Kaippilly Radhakrishnan.

He worked to develop the technology with the team leader, Associate Professor Sanjib Kumar Panda, from the NUS Department of Electrical and Computer Engineering.

“Many smart products that you can buy have one-time smartness,” Dr Krishnanand stated in a media release today.

“But we are looking at creating the foundation for an ‘Internet of Electricals’ with evolvable smartness; that is, by connecting multiple electrical appliances through the SEOS system, they can operate in a consolidated manner to provide more smart services to the building users,” he noted.

To be sure, such a bold idea will require mass adoption for it to take off. It needs scale, for starters.

Each electrical plug now costs a pricey S$80, though users are promised savings of 30 to 60 per cent in terms of energy consumption, depending on a building’s size.

There’s also the question of adding yet another layer of “smartness” which could add to the attack surface of any potential cyber threat. In other words, it probably needs to have security built in from the start. 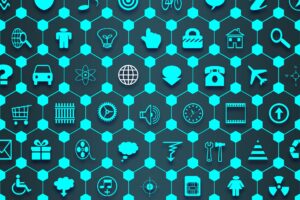 Another S$30m to boost adoption of 5G in Singapore, including among SMEs
Next Article 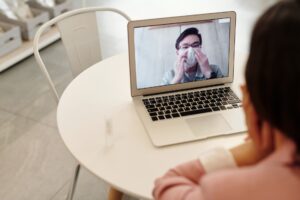