Building a new home network recently, I was pretty satisfied with myself for hooking up my entire house with new wireless networking gear.

The Ubiquiti gear have always been well reviewed and these days, increasingly common in homes alongside the offices, hotels and schools that they are known to serve.

Four wireless access points powered by power-over-Ethernet (PoE) were a cool trick, I thought, because they didn’t require additional power cables. The in-wall modules also stuck neatly to the wall where the network socket was.

I also got a security gateway to act as a router and support new features like VLANs, which essentially segment up your home network into neat, distinct segments, say, for guests.

Then a problem dawned on me – there were too many devices at home. The eight-port switch hooking everything up at home was running out of space for gadgets that were not there previously.

Four ports went to the rooms. Two would connect up network attached storage (NAS) drives. Another to a Cloud Key module from Ubiquiti that acts like a server holding all the network configuration details.

One last port? Well, I still need to hook up the switch to the router, remember?

This left no space for newfangled smart home gear, like a Philips Hue hub or a base station for Arlo security cameras, which I am testing out as well. And this is just the wired part.

It used to be just a handful of PCs that home owners were connecting up not that many years ago. Then came more Wi-Fi devices such as phones and tablets.

Today, a plethora of smart home add-ons, from connected bulbs like Philips’ Hue to virtual assistant devices like Google Home, are all joining the home network.

There are easily more than a dozen devices hooked up at home today, many of them working in the background. Expect even more of these devices in the coming years.

To be fair, most of these devices don’t take up that much bandwidth. The exception is perhaps a 4K TV streaming Netflix on a binge.

Yet, the devices bring to mind how home networking first came about. Not that long ago, networking was something for corporate offices, because few people had more than one PC at home.

Then broadband came and PC prices tumbled and everyone had their own PC hooked up from each room. An even larger expansion of Internet of Things (IoT) devices is happening now and it’s driving more sophisticated networking gear once reserved for the corporate world.

More robust wireless connections, for one. Easier management of such network equipment, such as Wi-Fi access points or switches, via Ubiquiti’s software dashboard is another.

There are also devices that used to be “enterprise-grade” coming to the consumer space. Trend Micro’s easy-to-use Home Network Security box, for example, acts like a firewall and more, reminding you that passwords are not strong and cutting out unwanted connections.

One thing home networks lack now is a single console to manage all these connected devices.

Okay, you can control access and restrict the websites they visit through a firewall, but the ability to, say, update a laptop or smart speaker is still not something common today.

There aren’t tools that allow for such an easy view of all the devices at home, which are useful in an age of cybersecurity threats. Remember, the more devices you hook up at home, the larger the attack surface you are exposing to hackers.

So, as home networks get more sophisticated, the network performance and management, as well as cybersecurity measures, have to match up to the increased number of gadgets we hook up.

Right now, I’m back to the drawing board with the home network. I could hook up the Philips Hue to one of the access points, which have an Ethernet port. Or I could stump up for another switch.

First-world problem, said a friend. Indeed, as we have more gadgets surrounding us, a new connectivity problem has arrived. 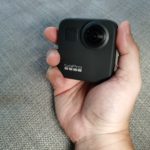 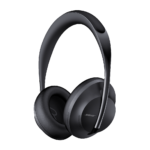