Social media is a force to be reckoned with politically.

It helped usher in the Arab Spring, brought Julian Assange and Wikileaks notoriety (still very much in the minds of the public with their recent release of the Strafor cache) , and helped to marshal support for Occupy Wall Street all around the world.

And the change it brings happens in an eyeblink, at least compared to how old politics work.

The KONY 2012 campaign is a viral video currently sweeping the world. Launched just this week on March 5th, it has already gained 55 million views on YouTube in five days and is still trending upwards. That’s more than 10 times the population of Singapore.

When I first saw the video (created by NGO Invisible Children) a day and a half back — when the video was trending around 20 million plus views — I was blown away. The PR marketeer in me absolutely salutes the brilliant execution of this viral campaign.

It is emotive, it had a clear message to spread awareness about Joseph Kony and the LRA, and it had a brilliant strategy to get celebrities and policymakers to effect change.

And of course, like any adaptive organism, when a meme gets too large too viral too fast, resistance sets in and a backlash occurs.

Too simplistic and trivializes the complex issues. Too much slick marketing. Little explanation of how NGO Invisible Children is funded. A story of an African conflict lensed by biased Western eyes with little input from voices on the ground.

Both New York Times and the Guardian have covered this in depth with fascinating reporting.

The story grows even more nuanced as both detractors and Invisible Children give detailed answers to their points of views, leaving readers to make up their own mind.

And this is what is so damn bloody amazing about KONY 2012: It has brought to life the issues (not just the campaign) in far-off Africa and made people like me in far-flung Singapore interested in it.

It has affected political change in a matter of days, with US president Barrack Obama supporting the issue.

The power of social media

Just think back five years ago. Could this have happened then? No.

My point is that social media is immensely powerful and disruptive, and it has and will change the way the world works, from governments to corporations. This should be a given already, if it is not.

People who pooh pooh that social media is nothing technologically revolutionary (partially true) or that it is often full of mundane crap (also true) are missing the point.

Social media allows participation instead of just consumption. Information does not flow from just select media sources but from a distributed network.

Social media allow viral memes to propagate extremely quickly. Memes which are not authentic will wither away just as quickly as the network is self-correcting.

Memes can be engineered by corporations who spend millions to market products to customers. In fact every big corporate and government out there is grappling with using social media to retain old power structures.

But social media is new enough that I believe it will take time for the bigger, more monolithic corporates and governments to co-opt. And the young know that social media can give them a voice, that they matter, and that they don’t only consume, but can also participate.

At least the idealist in me believes so, and the Arab Spring, Occupy Wall Street and campaigns like KONY 2012 give me hope.

It it not my generation — I’m in my mid-thirties — who will be shaping the future. It will be the teenagers who will be, and you better believe they understand social media better than even I do (and I work in this space). 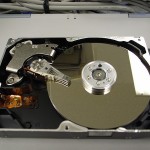 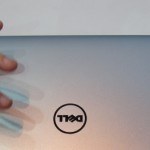