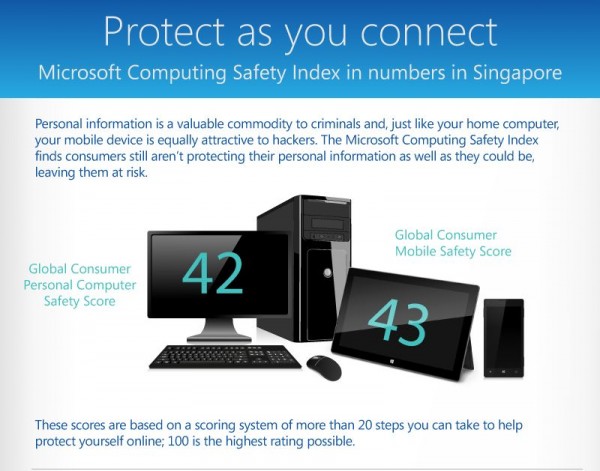 Singapore users are among the most vigilant about computer safety worldwide, staying alert about the dangers they may encounter online despite experiencing fewer problems, according to annual survey conducted by Microsoft.

However, Singapore users can still do better in certain safety aspects. Seventy-eight percent of users in the country experience multiple online risks, but only 23 per cent take active steps to protect themselves and their data.

On average, 55 per cent of all global users face multiple threats and and 29 per cent take active steps to counteract them, according to the survey released last Friday.

Interestingly, while 45 per cent of all respondents worry about having their identity stolen, only 34 per cent lock their mobile devices with a PIN. In addition, only 44 per cent of them turn on firewalls and 53 per cent install anti-virus software.

An abbreviated version of the index is available here. 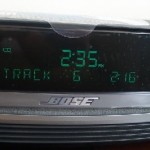