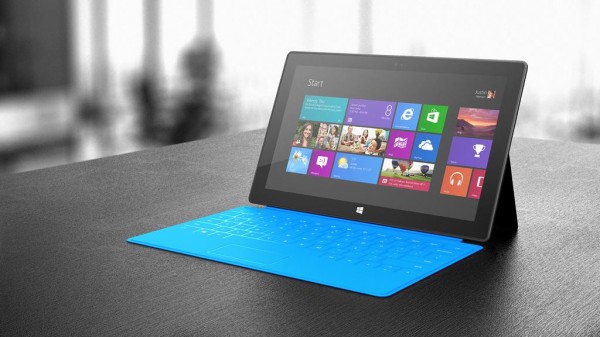 The Microsoft Surface RT is finally here in Singapore this Friday, starting from S$668 for a basic model, months after its entry in the United States as a challenger to Apple and Android tablets.


The basic model will come with 32GB of storage – though much of that is used internally for the operating system – and offers a scaled-down version of Windows.

Running on an Arm-based processor similar to the iPad and Android tablets, the Surface RT won’t be able to run traditional Windows programs. However, it will come with a version of Office included, as a trump card against its rivals.

Here are the prices for Singapore. 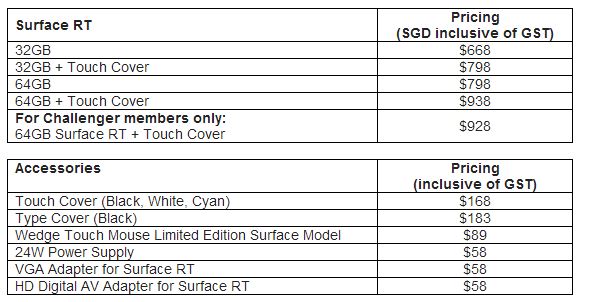 In the US, the Surface RT is selling for at least US$499 (S$618), so the price in Singapore should be close enough to prevent folks from shipping direct from overseas.

The good news is that Challenger, a retailer in Singapore, is bringing in the accessories that make the package complete. A VGA adapter – though not cheap at all at S$58 – will let you hook up to a projector. You can also buy the obligatory cover, which is a necessity these days for many tablet users.

Will the Surface RT sell? Well, it surely will interest many people who want to replace their laptops with something simpler, cheaper and lighter.

But the disappointment among geeks is that Microsoft hasn’t brought in the more powerful Surface Pro, which is powered by an Intel processor and runs traditional Windows programs.

Perhaps that would antagonise its traditional partners like Samsung and HP – Microsoft may have got enough brickbats overseas to avoid being too aggressive in rolling that out too soon.

Yet, the Surface is Microsoft’s first foray into making a “PC” (never mind the Xbox and accessories).

If it does too well, it irks its partners. If it falls flat – unlikely, given the attractive price and software thrown in – it pushes Microsoft further down a line of inconsequential hardware makers as tablets and smartphones take over the computing world.

Tough world for Microsoft. But it’s great for consumers, who now get another choice of tablet (see our guide to buying Windows 8 tablets for business).

By Alfred Siew
Follow:
Alfred is a writer, speaker and media instructor who has covered the telecom, media and technology scene for more than 20 years. Previously the technology correspondent for The Straits Times, he now edits the Techgoondu.com blog and runs his own technology and media consultancy.
Previous Article Singapore-designed plastic film turns phone screens into 3D displays
Next Article 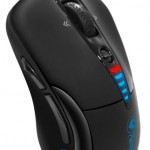