The HTC U Ultra was a strange phone from the Taiwanese company. It was announced quite early into the year, which seemed to deviate from their past flagship announcement dates.

The U Ultra ended up being an underwhelming device, and the new direction that HTC was heading towards did not seem promising.

Fast forward to today, and HTC is making another attempt to make a splash in this saturated market. Just two weeks removed from celebrating its 20th anniversary, HTC has announced its “true” flagship of 2017: the HTC U11.

The U11 shares a similar design language with the U Ultra, except this time it is much more refined. The stunning liquid surface design is back, but this time HTC has included two new colours (Amazing Silver and Solar Red) that make the phone even more striking.

The Amazing Silver variant shimmers between silver and a light metallic blue when reflecting light at different angles. The even more eye-catching Solar Red one gives off Iron Man colours, flickering between red and gold.

The camera lens is now back to being circle-shaped, unlike the square-shaped lens on the U Ultra. The camera bump is also pretty much gone, except for a small lip around the lens to keep it from scratching. These changes might seem small, but in my opinion it gives the U11 the distinct “HTC-vibe” that was missing from the U Ultra.

While the back of the U11 is very attractive, the same cannot be said for the front. The U11 sports a very similar front design as the HTC 10 and the U Ultra (minus the secondary screen). It has a 5.5-inch Super LCD 5 screen with a Quad HD (2,560 x 1,440) resolution, with capacitive buttons and a fingerprint scanner at the bottom.

Don’t get me wrong, it isn’t a bad design by any means. But compared to the ultra-slim bezels that competing flagships like the LG G6 and the Samsung Galaxy S8, it feels a little dated and uninspiring.

Another thing the U11 has in common with the U Ultra is something that both phones do not have: a headphone jack. I will admit that I am disappointed to see the omission of the headphone jack, especially when one of the reasons cited for its removal by Faisal Siddiqui, President of HTC South Asia, was to make the phone more aesthetically pleasing.

However, unlike the U Ultra, the U11 has more reasons to justify its missing headphone jack. It comes with an IP67 dust and water resistance certification, meaning that it can be submerged in 1 metre of water for up to 30 minutes.

While not a necessary feature to have, it is nice to see HTC finally offer something that its competitors have been touting for a while now.

The U11 also comes with improved USonic earphones. They are similar to the ones bundled with the U Ultra in that they use sonar technology to map out your inner ears to create a custom sound profile for you.

However, the U11’s USonic earphones come with active noise cancellation to provide a more immersive sound experience. The earphones can only do this by drawing power from the USB-C port, which is another reason why the headphone jack was removed.

The removal of the jack has also led to another improvement in audio. HTC’s BoomSound is still here in the same earpiece tweeter and bottom-firing woofer arrangement as the HTC 10 and U Ultra.

However, this time HTC has re-engineered the internals of the U11 to have the entire body serve as a resonant acoustic chamber. The result? Much louder and fuller sounding audio.

I only had a brief time with the phone, but the audio output from the speakers were really clear and loud, and definitely much improved compared to the speakers on my HTC 10.

What if the above reasons are not enough to convince you, and you still need a headphone jack for your current, expensive headphones? Fret not, HTC has taken a leaf out of Apple’s book and will be including a USB-C to 3.5mm adapter in the box.

Interestingly enough, the adapter also comes with a built-in performance grade DAC, which means it will be able to drive more powerful headphones.

At a Singapore media event yesterday, HTC was also keen to boast about the camera on the U11. DxOMark awarded the U11’s camera a 90, which is the highest score for any smartphone.

The U11 comes with a 12MP UltraPixel 3 camera with UltraSpeed AF (autofocus, and that’s all it stands for) and optical image stabilisation. At the front it has a 16MP camera with a 150-degree lens.

I will need time to thoroughly test the camera to see if it lives up to its ranking, but the few test shots I took at the event venue were pretty promising.

The U11 also boasts improved video recording functionalities. Thanks to four omni-directional always-on microphones, the U11 has something called Acoustic Focus technology.

When shooting a video, you can visually zoom in to a specific target, and the microphones will help to amplify and enhance the sounds from that target. It is actually quite impressive, and I can see this feature being useful at concerts.

However, the highlight of the U11 is undoubtedly HTC’s new innovation: Edge Sense. The U11 comes with pressure sensors built into its metal frame. By squeezing it, you can trigger various actions depending on which application you are in.

When the screen is off, a squeeze will launch the camera immediately. Another squeeze triggers the shutter button, and a long squeeze switches the camera.

You can also squeeze to switch from a keyboard input to a voice input, or even call out Google Assistant. HTC says an Edge Sense app will be launched in July to allow you to expand the list of apps that can be used together with the squeeze gesture.

It sounds gimmicky, but Edge Sense has potential. It felt awkward to do initially, but when I got the hang of it, squeezing the phone felt pretty natural, especially when taking one-handed photos.

Some of these functionalities could have been replicated with an additional button instead. But HTC says that squeezing the phone is more ideal as it allows you to use it in any environment. Whether you are wearing gloves, or if the phone is wet, Edge Sense will still work fine.

The U11 will be available through Singtel, M1, Lazada and authorised retail outlets from June 10 onwards. Singapore will be getting the 128GB/6GB model for S$998, which is significantly cheaper than similarly spec-ed phones from competitors that go past the S$1,000 mark.

The new HTC phone will be available in Amazing Silver, Sapphire Blue, and Brilliant Black. The Solar Red version will only be made available in the first week of July.

If you are already sold on the HTC U11, Singtel is offering a pre-order promotion for the U11 until June 8.

Customers who pre-order the device will also get a free HTC 10,500mAh powerbank (worth S$69) and will stand a chance to win a HTC Vive and MSI Apache Pro Laptop (worth S$3,898 in total). 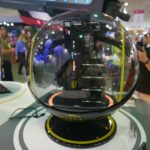 In Computex, a return to the past to capture a new market for PC enthusiasts
Next Article 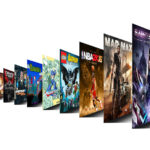