There was a Philips toothbrush that connected via Wi-Fi to update how often a user had brushed his teeth, so his dentist knows.

There was an ultrasound machine, also from Philips, that had a support button that automatically sent a service ticket to a nearby technician, who would turn up with futuristic Google Glass eyewear to help diagnose the issue.

On stage today at his company’s yearly Dreamforce show, Salesforce chief executive Marc Benioff made the company’s strongest pitch yet to be the marketing glue for such connected devices, as they join a new Internet of things that users will use in future.

Salesforce, the cloud-based customer relationship management (CRM) company, is going to provide the digital links that let companies market, sell and service customers, by knowing more about them and pushing them information or promotions when they want them, he said.

The new direction, he added, is to provide a better connection to users who are toting smartphones and tablets – an area that Salesforce had been criticised as being slow to move into.

The old ways of using Salesforce still works, he promised, so that companies won’t have to port over or re-engineer systems they already work well with. This is where the new APIs or application programming interfaces unveiled this week come in handy, to enable customers to connect with users seamlessly via their mobile devices, he explained.

The demos on stage today at San Francisco certainly looked to pitch that.

One had a Sony Playstation user being prompted on his phone to play with a nearby interactive advertisement, by piecing together a virtual jigsaw puzzle to win more virtual awards.

That was possible, according to Salesforce, because the system could pick out individuals based on their preferences and experience with certain products, and automatically push out content onto his cellphone to prompt for more interactions.

Essentially, the key for this marketing service that Salesforce offers is to understand where a user is on a product “journey” and to make his experience more interesting and up-sell him products further down the road.

In another demo, the sales cloud service apps on Salesforce were able to let a sales person check out who her prospective clients were, by bringing all the information about them on her phone. Even during a sales meeting, she could easily call up a certain customer’s personal profile to tackle difficult questions that he may pose.

Oh, and there’s an app too to book a nearby restaurant for celebratory drinks with team members after a deal has been signed.

If these demos all look and sound too cool, they may well be. That’s not to say they are not working examples, but they certainly require a lot of effort to implement, a lot of buy-in from marketing and sales folks, rather than IT managers.

Instead of using a Salesforce app to get together for celebratory drinks, why not just call? Or send an e-mail, the old-fashioned way? Old habits, especially for decision-making folks in marketing and sales, may die hard.

The other big push-back, of course, has to do with whether all that data will result in too much information.

Salesforce prides itself on being able to drill down to the details and be spot on in analysing customers for its users, but making sense of the data still boils down sometimes to intuition and market knowledge. Numbers tell only so much about sentiment, as experienced marketers will remind you.

That’s the big vision. The company now has to get the critical buy-in for the nitty-gritty details, like when exactly these devices will come online, despite all the hype in recent years. 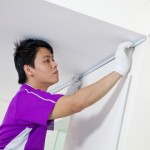 OpenNet fined S$750,000 for not connecting users, provisioning services too slowly
Next Article 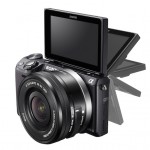